You are here: Products RIvers Crossing by D. Keith 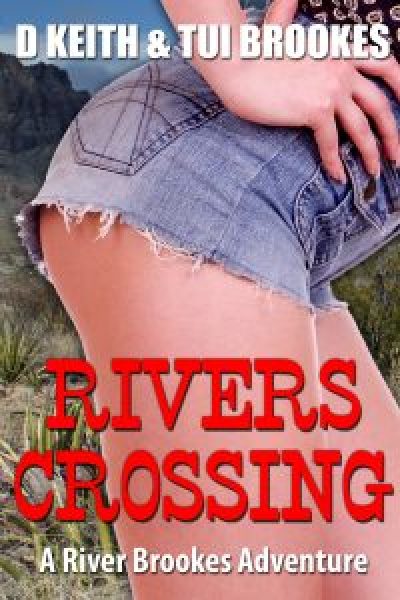 D. Keith (AKA Dennis Howard) is a native of the Lone Star State and an adamant fan of the place he calls home. He has spent his entire life in Texas and sees no reason to change. A retired professional fire fighter, former college instructor, and avid gardener, Dennis now spends his time writing and working in his greenhouse and garden.

I am a native Texan and I love this State and its vast and varied geography, ecology and people. I love to tell stories about the people that make Texas what it is. The love of the heritage, history and culture are what set Texas apart and what makes it so compelling to me to write about. What more could you ask for inspiration!

“That girl.” he thought. “What do we do with that girl?” He was satisfied that she was no threat. He was still slightly worried that the cartel would try to find her but he also knew that the men running the operation over the border were smart enough to know that one blonde haired female could not possibly have accomplished the total annihilation of one of their courier teams. His logical side told him that the best course of action was to have Jeff fly her to San Antonio, put her on a plane back to Boston and get her off the ranch, out of his hair and safely far away from the cartel.
But. There was something else. He knew what he should do. But something inside him kept over ruling the logical side. He didn’t want to send her away. Every time he had encountered her since she woke up, it was like someone slapped him with a cold towel.
He kept telling himself that he could not let this sort of emotion take hold. Jana would skin him alive if he even gave a hint that he had any interest in that young woman. She had made it plain that the girl was strictly off limits. Even he would not risk crossing his sister on a subject like that.
Still, she was intriguing. A doctor. Single. Obviously intelligent. Spirited. Tough. She had survived quite an ordeal with no apparent after effects. And don’t forget stunningly beautiful.
Shaking his head, Keith admonished himself one more time. “Keep your head, you old goat. She could be your daughter.” He stood, headed toward his bedroom and a cold shower.

Be the first to review “RIvers Crossing by D. Keith” Cancel reply