You are here: Products Rise of the Witch by Jason Kondrath 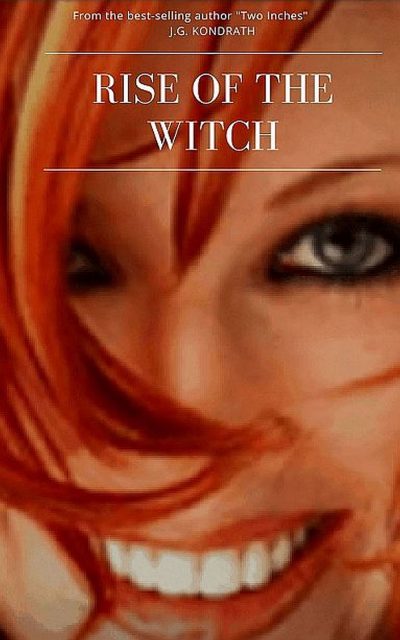 Rise of the Witch by Jason Kondrath

Jeanie had long suffered her elitist families, mental, emotional, and sexual abuse, so she summoned the “Powers of Darkness” for help, and they did… for a price.
They not only gave her Solace, but Vengeance and no one was sparred.
In the aftermath, she met and fell in love with Mark, a man she loved more than life itself. The two fell in love and soon Jeanie found herself pregnant.
The young couple planned to marry, but Jeanie never told her fiancee about her past debts…

To make it romance more entertaining I included realistic elements of both sex and violence, and I coined this new genre Eros Macabre (which is really just a combination of horror and erotica).

There is nobody writing anything Original, I can only judge a person by two things. Have I told you a story that you have NEVER heard before??? Because if I did, the I did my job.
Second, did you have to find out what happened to the characters (even if you hated them), by finishing the book to the end. Starting a book is a HUGE committment.

Mark was the handsome, arrogant, spoiled little rich kid, grew up getting everything he wanted.

Jeanie, the new girl; beautiful redhead whose emerald-green eyes held secrets; showed intelligence, compassion and maybe just a hint of danger, sparkled with a magic that entranced all who could see it.

Mark could, but he was used to having everything he wanted, so the effects of her hypnotic beauty would not last long. Or so he thought.

But the more aggressively he pursued her, the cooler her response. Mark could not easily impress her with his wealth, as he had done with so many others because Jeanie’s family had money as well. Mark was not deterred, he already decided that Jeanie was to be his, a worth addition to his privileged life and nothing would stand in his way, not even Jeanie herself.

But Mark found that Jeanie could not only match him, but soon even had him on his guard. None of his tricks were working. Then caught in the heat of passion, Jeanie let her guard down and unintentionally revealed herself in a way that made her vulnerable.

Bad mistake for a woman who thought she was immune to the love of a man whom she knew would exploit her every weakness. Jeanie could forgive for that, It wasn’t Mark's fault, that was not the man she loved. He was raised to be the epitome of “corporationalism," the conqueror, and by any means necessary. In a modern world that was done with money. But there was more to life than money, Jeanie would save him.

But who would save her?

What Mark didn’t know was that there were other parties equally interested in Jeanie, for their own reasons, just as selfish, but not as benign. Jeanie’s parents were employed by a division of the government, but nobody knew specifically what branch.

These people were ancient and evil, Jeanie's parents were only employed there because of their bloodlines. It was a very dangerous government sect that dealt with the paranormal, alien hybrids, cloning, and advanced technology. The powers that be, were very aware of Jeanie’s supernatural abilities because that was what she had been bred for.

In a numerical combination, Jeanie’s first, last and middle name were each composed of six digits. This 6-6-6, combination identified a specific family lineage. Jeanie. Genealogy. Blood-lines. Jeanie was chosen because of her heritage. And membership was exclusive. And this was the reason why Jeanie was so valuable to the Government. Even her own parents were expendable if Jeanie could be acquired instead.

But Jeanie’s was not a girl who would allow her life to be defined by something as arbitrary as a bloodline, nor would she permit herself to be used as a instrument of evil by a secret society, no-matter what they promised; no-matter what they threatened.

If Jeanie, would not come willing, they would take her by force and initiate her into their circle with a hellish ritual that would take control of her mind, body, and soul.

Could Mark’s substantial wealth, power, and his penchant for brilliant alternatives in hopeless situations aid in saving Jeanie?

Or would Jeanie’s powers in the supernatural be strong enough to protect her, and the ones she loved, from all those who threatened to destroy her.