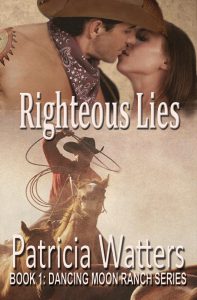 Patricia Watters writes contemporary and historical romances that feature courageous, self-assured heroes with endearing flaws and the gutsy women who capture their hearts, women, these unsuspecting men would lay down their lives for. An author with Harlequin and Avon-Harper Collins in the past, Patricia has published 22 romances, which include her 13-book DANCING MOON RANCH series, a contemporary western family saga that spans 30 years and two generations.

An article I read about a mix-up at a fertility clinic where two vials of sperm were accidentally switched and two women got sperm of the wrong men.