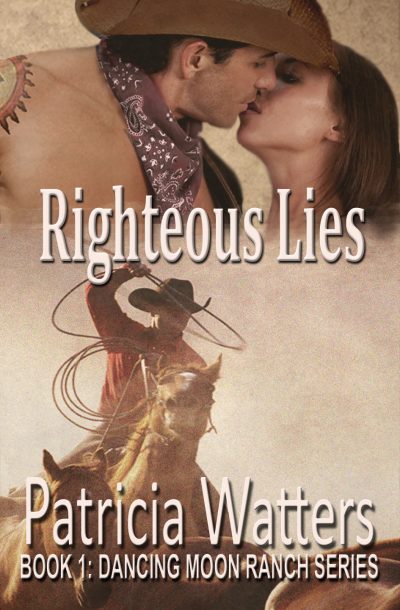 Widowed, Grace Templeton, thought the child she’d been carrying for seven months was the child of her dead husband, and Jack Hansen thought the sperm he’d donated had gone to the wife of his sterile twin—until they learn two vials at the fertility clinic had been accidentally switched. The shock sends Grace into early labor and the only place she can have complete bed rest is at the working guest ranch owned by the stranger who’s now the father of her unborn child, and that stranger’s about to turn her life upside down.

Patricia Watters writes contemporary cowboy romances that feature courageous, self-assured heroes with endearing flaws, and the gutsy women who capture their hearts, women, these unsuspecting cowboys would lay down their lives for. These heartfelt, action-packed westerns are set in ranch country, where the vista goes on forever, and chivalry is alive and well! An author with Harlequin and Avon-Harper Collins in the past, Patricia has published twenty-two romance novels, which include her 13-book DANCING MOON RANCH series, a contemporary western series that spans thirty years and two generations. She invites you to visit her website at http://www.patriciawatters.com/ and check out the video trailers for both her DANCING MOON RANCH and her upcoming CAJUN COWBOYS series

The inspiration for this book was an article in the newspaper about a mix up at a fertility clinic. The story so intrigued me that it turned out to be the first book in my 13-book DANCING MOON RANCH SERIES, a series that spans thirty years and two generations.