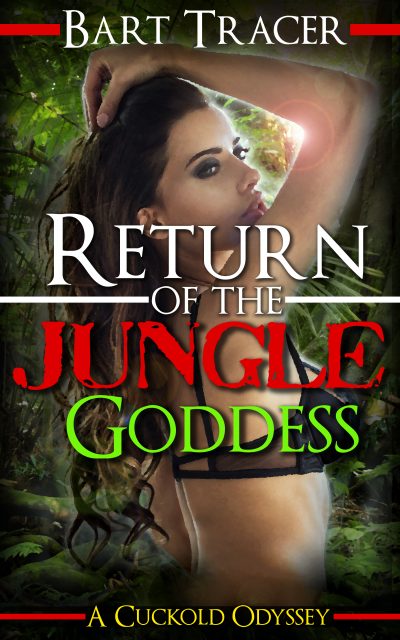 Sometimes, the unexpected discoveries have the deepest impact…

Everything seems to be going well for the shameless couple until, on the eve of a sacred ceremony, Natalia uncovers a scroll that fills the pair with horror. There is another, far darker form of vengeance in store for the goddess’s husband. A fate of barbaric cruelty. Now, with time running out, they must find a way to save him from the vengeful natives before it’s too late.

Will Natalia be able to convince the Molongans to spare her husband? Or will her pleas fall on deaf ears? Just how much is Julius willing to sacrifice to their newfound kink? And will their marriage survive the strain?

I’m just your average, run-of-the-mill family man with an overactive imagination and a secret passion for writing naughty stories. A lot of these tales deal with wives or girlfriends exploring taboo fantasies with the support of their "significant others". I write the kinds of stories that I enjoy reading and try to create a narrative that pulls the reader in and establishes a real interest in the characters as people, with plenty of steamy action to keep things lively.