You are here: Products Rescued By the Spy by Laura A. Barnes 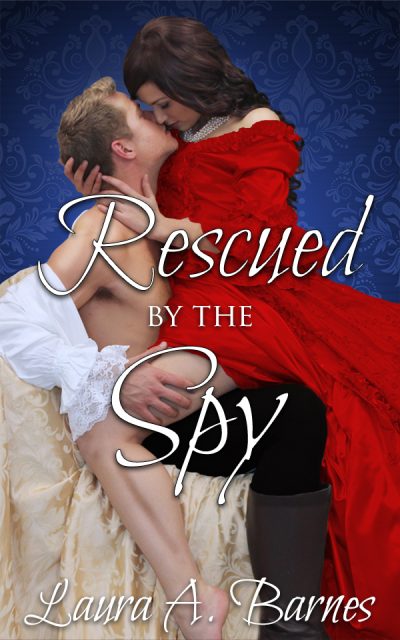 Rescued By the Spy by Laura A. Barnes

Kidnapped for revenge
Haunted by the man who murdered her family, Raina LeClair must always be two steps ahead of her sworn enemy through disguise and espionage. When her newest masquerade lands her back in the hands of the man she had previously kidnapped, she is awakened to the pleasure of his touch. When the threat of treason comes into play, Raina can no longer work alone to stop the destruction of England. Can she learn to trust the man who she once betrayed or will her obsession for revenge own her heart forever?

Kidnapped for love
Kidnapped and left for dead, Charles Mallory is always two steps behind in the quest to find his lady kidnapper. Discouraged, Charles turns his attention to a treason plot that is threatening his beloved England. Only to discover the lady who not only held him hostage, but stole his heart, mixed up in the crossfire. Unable to persuade her of the danger she is truly in, Charles resorts to kidnapping her to his family’s cottage. There they learn the true threat lies within their passion for each other. Can he convince her of the love in his heart or will he be left destroyed by this lady once more?

I have always dreamed of being an aspiring author. I am making my dreams come true, one word at a time. When I am not writing, I am spending time with my family. I love reading books on lazy afternoons, and late into the night. Anytime really. Married 28 years to the love of my life and we have three wonderful children and two sweet grandbabies. Besides writing, I have always wanted to travel. In the last few years we have gotten our passport stamped in England and Scotland. We are hoping to add Italy to the list soon. My debut novel is Rescue By the Captain.

This book is a follow-up to my first romance Rescued By the Captain.

Be the first to review “Rescued By the Spy by Laura A. Barnes” Cancel reply