You are here: Products Reluctant Concubine by Dana Marton 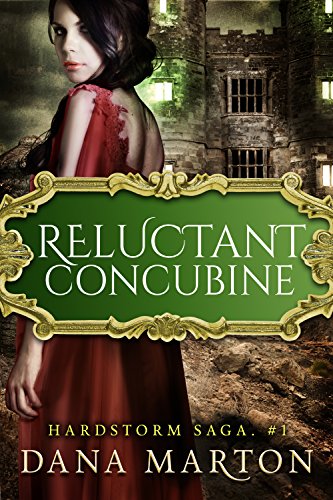 The latest in a long line of legendary healers, Tera is expected to be able to work miracles. There is only one problem: she hasn’t yet come into her powers. When she’s kidnapped by a warrior race to heal soldiers, the only way for her to stay alive is to fake it till she makes it. And that’s not even the worst part. Just when Tera is about to escape, she catches the eye of the High Lord, who decides to make her his concubine.

New York Times and USA Today bestselling author Dana Marton has thrilled and entertained millions of readers around the globe with her fast-paced stories about strong women and honorable men who fight side by side for justice and survival.

Kirkus Reviews calls her writing "compelling and honest." RT Book Review Magazine said, "Marton knows what makes a hero…her characters are sure to become reader favorites." Her writing has been acclaimed by critics, called, "gripping," "intense and chilling," "full of action," "a thrilling adventure," and wholeheartedly recommended to readers. Dana is the winner of the Daphne du Maurier Award of Excellence, the Readers' Choice Award, and Best Intrigue, among other awards. Her book, TALL, DARK, AND LETHAL was nominated for the prestigious Rita Award. DEATHSCAPE reached the #1 spot on Amazon's Romantic Suspense Bestseller list.

Dana has a Master's degree in Writing Popular Fiction, and is continuously studying the art and craft of writing, attending several workshops, seminars and conferences each year. Her number one goal is to bring the best books she possibly can to her readers.

Keeping in touch with readers is Dana's favorite part of being an author. Please connect with her via her web site (www.danamarton.com) or her Facebook page ( www.facebook.com/danamarton).

Having lived around the world, Dana currently creates her compelling stories in a small and lovely little town in Pennsylvania. The fictional town of her bestselling Broslin Creek series is based on her real life home where she fights her addictions to reading, garage sales, coffee and chocolate. If you know a good twelve-step program to help her with any of that, she'd be interested in hearing about it! 🙂