You are here: Products Release by Rebecca Lynn 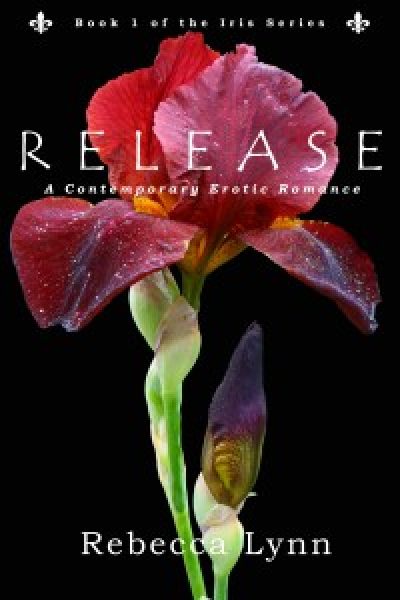 RELEASE, the stand alone debut novel by Rebecca Lynn, is Book 1 of the new Iris Series and the perfect blend of steamy erotica and sweet romance.

Two and half years after the death of her husband, twenty seven year old Ryann Thornton is finally ready to embrace life again. Goal oriented, driven, and beautiful, she has a new career, a new home, and if she can work through her doubts and insecurities, possibly a new love.

Jeremy McCallister is dominant, gorgeous, and talented. He’s a notorious ladies’ man and one of New York City’s most eligible bachelors. When he sees Ryann Thornton standing in the rain, he has to have her, and when he goes after something, he gets it. However, he’ll have to work hard to convince Ryann they’re compatible both in and out of the bedroom.

When Ryann discovers her new career poses a conflict in her relationship with Jeremy, she uses it as an excuse to run scared. Will Jeremy be able to persuade her to take a risk, or will circumstances beyond their control stand in the way of their happiness?

Lynn holds a degree in English Literature with a background in publishing and education. She is now “retired” and enjoys all the spoils of being a stay at home mom. Romance books have been her escape, along with traveling with her husband. She currently lives in Northern California.

Up until 50 Shades of Grey came out, I read lots of fiction but rarely read romance novels. I only pictured romance books with Fabio on the cover. Little did I know that they are so much more! I started reading romance religiously and my husband has cursed the day he bought me my first Kindle in February 2012. Now, all of my reading is for research, at least that is what I tell him.

Be the first to review “Release by Rebecca Lynn” Cancel reply