You are here: Products Reel Him In by Lillian Lee 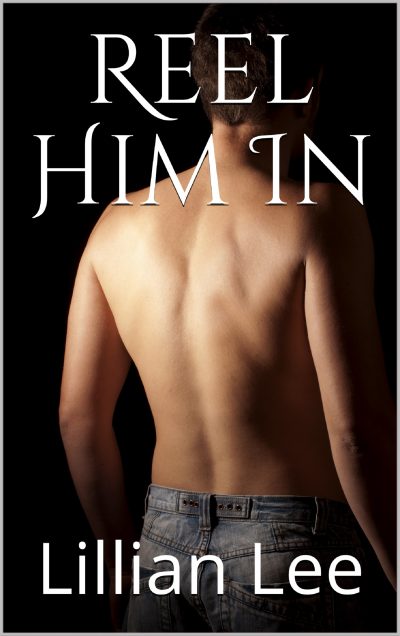 Reel Him In by Lillian Lee

Born in Sept 1987 just outside Trois-Rivières, Quebec, she dreams of warmer locations. Lillian hopes that whatever success her books may have might help with both her terrible budgeting and her dream.
Lillian Lee spends most of her time tending to her big family, including twins and four pets, a dog, a cat and two birds. When not busy with her responsibilities, she indulges in a bit of adult literature. For an added challenge, she prefers to write outside her native tongue.

The screeching of wheels on the pavement brought her back to the real world, but it was too late. The front of an SUV bumped her, not hard enough to throw her to the ground but, startled, she lost her balance.
Lora Lee fell on her behind, her handbag going one way and the umbrella she had in her hand the other. She wasn’t hurt but her butt did sting a little and her pride stung a lot.
The car door opened and someone stepped out of the car, but from her position on the ground she couldn’t see very well who that someone was.
“Of course, it had to be you. You didn’t succeed in killing me and now you decided to make me kill you,” a baritone voice, she remembered very well, said with irony, just a moment before he came in front of her eyes.
Then she realized her fate had caught up with her and she blushed violently. A second later, she realized something else. This time, her skirt had turned completely up and her knees were open, inviting a close scrutiny to her panties, which, that day, thank God, were cotton but just white without kittens or lollipops or bells or anything like that.
She thought of bringing her knees together, belatedly thinking about the sight she offered him, when she heard him speaking again.
“Too late for that. I could have taken a picture by now.”
She blushed more violently although she didn’t know how that was possible.
“Okay, I see you do insist that we become better acquainted so come here and let’s start,” he continued stretching his hand to her.
Lora Lee pretended not to see his hand and stood up. She’d been in a dry spell for too long and her dreams were too vivid in her memory. She couldn’t trust herself to take his hand.
Having him before her eyes again made her skin tingle. She’d have loved nothing more than to touch him. Nonetheless, she knew her luck never ran true and she didn’t want to tempt fate again.
“You’re a stubborn one, I see,” he drawled and a naughty smile appeared at the corner of his mouth, making her glance directly to his lips.
He had a well-defined lower lip, begging to be sucked and bitten. She’d have loved to have a taste of it and nibble on it a couple of times.
Those blue husky eyes of his were always trained on her. She tried to regain her composure so she could say something intelligible and not look like a stupid nitwit to him.
“I apologize… again,” she finally said, biting her bottom lip.