You are here: Products Queen of Vampire Hearts by Jeanette Rose 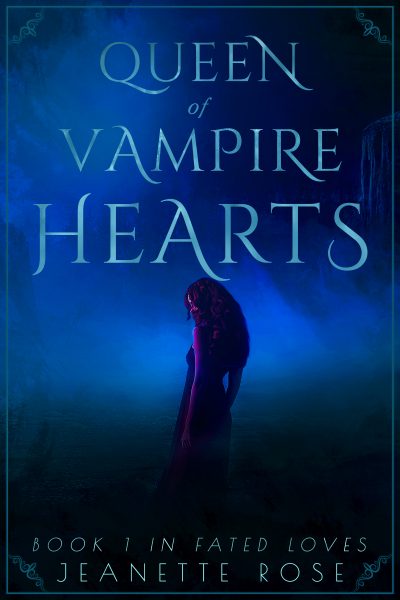 A Woman Fleeing Persecution…
Phoebe Atreus is a witch on the run, her carefully crafted rules have kept her alive for the last decade, each one a product of a hard learned lesson. Rule Number One? Trust No One. She’s been betrayed one time too many to put her faith in anyone else’s hands. Even if the legendary vampire king might be the one person who could protect her from the enemies always one step behind.

A Man Whose Abandonment Issues Span Thousands of Years…
Lucien Silvano has been king of the vampires for the last three thousand years, he’s fought in wars that have been reduced to legend, rescued damsels in distress, seduced said damsels, and moved on. Immortal life has become a never-ending battle against boredom. Nothing has truly stirred his interest in years , except her. She’s the exception to every rule, his Queen, his mate, the one-person Fate declared to be his. The problem? She wants nothing to do with him.

What Could Possibly Go Wrong?
Phoebe refuses to share her past with Lucien, pushing him away at every opportunity, yet unable to resist the chemistry that explodes whenever they are together. Forced back to his castle in Romania to live as his Queen, she starts to forget the rules that have kept her safe…until the secrets Lucien has been hiding remind her why she created the rules in the first place.

I
THE REALM OF FAERIE.
THE UNSEELIE COURT.

II
THE REALM OF FAERIE.
THE UNSEELIE COURT.