You are here: Products Pygmalion & Galatea by Stefan A 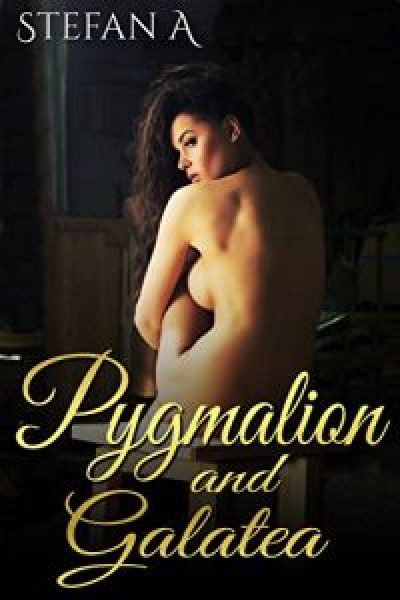 Pygmalion & Galatea by Stefan A

“I like writing about ancient times. Were men and gods alike stared each other in the eye. When steel met steel as men tried their best to survive. Just like I enjoy writing about unique characters with strong personalities and no one holds a candle to the ancient gods. No mortal can be as primal as Poseidon, the earth-shaker, no man as cunning or wise like the ruler of Olympus and no woman has ever managed to arouse our imagination like the goddess of beauty, Aphrodite. The Greek gods are the original Alpha-males and I write stories to reflect that. No sugar coated words from them, they take what they want and don’t apologize for anything while the goddesses are strong and independent giving the men a run for their money.”

For my “The Affairs of the Gods” stories, I chose ancient Greece as a setting and it’s many gods and goddesses as my characters. All my stories are stand alone and they deal with an encounter that usually ends up with some steamy action. “Pygmalion and Galatea” is the first and only story in the cycle that is actually a full romance. Inspired by the myth with the same name this story has a few twists to it and offers some food for thought as well. I wanted to create something different than the usual billionaire/vampire stories and I think the Greek myths are among the first romances ever told. It’s a joy top bring them back to life.

Galatea traced her luscious lips with her tongue in a hungry manner, making Pygmalion desire and dread her at the same time. She was dangerous. Almost as beautiful as Aphrodite, Galatea didn’t have the same majestic demeanor as the goddess. Instead, she seemed younger and more innocent, but that just made her more tempting.
“More of what?” she asked, and he could detect the lingering desire inside her voice.
“I will explain things later,” he said, trying to stall for time. “First, you must eat.”
Pygmalion turned to fetch the jug and platter he left on the table. There were too many things going on at the same time, and he could not think straight, especially not with Galatea looking at him like that. Her brown eyes had the predatory quality of a tigress, and she watched him closely as if he was the mouse she wanted to devour. To make it worse at this point, Pygmalion didn’t even know if he wanted to put up a fight.
He tried to swallow the stubborn knot in his throat as he lifted the clay jug to her luscious lips. Being so close to her was nerve wrecking, but there was no other way. She could not use her hands unless he touched them, and he wasn’t about to lose more of his talent.
One part of him enjoyed the situation; it wasn’t every day he had a beautiful woman helplessly needing his help, and, by the gods, she was beautiful. The other part of him, however, was utterly terrified. One brief touch and more of his talent would seep out of him.
Pygmalion prayed to the mighty Zeus for strength, and he had a lot of need for it. His large hands, usually steady as the stone he worked on, now under her gaze, trembled like leafs in the wind. And they got even worse when her lips parted slightly to allow the milk to enter her charming mouth, and her eyes closed seductively.
Maybe it was because of his shaky hands or perhaps because of her voracious appetite that the creamy liquid escaped from her mouth to her chin then down her stone breasts, coating them in white and filing Pygmalion’s mind with unworthy thoughts.
When she mumbled to say she had enough, Pygmalion apologized about the mess, lying shamelessly that he didn’t notice the liquid flowing seductively between her breasts.