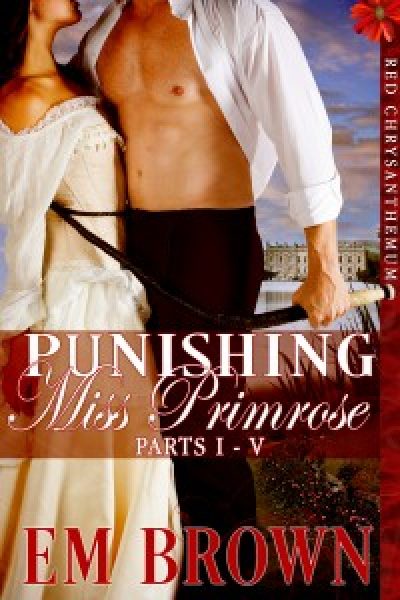 Miss Primrose needs to be punished.

A member of the wickedly wanton Inn of the Red Chrysanthemum, where the most taboo and illicit pleasures are indulged, Miss Primrose—or Mistress Primrose, as she prefers—left Nicholas Edelton a shell of a man. Now his older brother, Spencer Edelton, the Marquess of Carey, intends to provide her a set-down she will never forget.

Weary from exacting her revenge upon the man who raped her sister, Beatrice Primrose has had her fill of men of privilege and presumption, but she accepts a fateful invitation from a handsome nobleman to spend a sennight at his estate for a grand sum of money. She soon learns, however, that she will not get to reprise her role as Mistress. To her horror, she finds his lordship expects her to submit to him!

But Beatrice won’t give in so easily.

In a clash of wills, fueled by vengeance and lust, Lord Carey and Miss Primrose wrestle for dominance in, and out of, the bedchamber. Their biggest struggle, however, may be against their own desires…