You are here: Products Pumpkin: a Cindermama Story by Ines Johnson 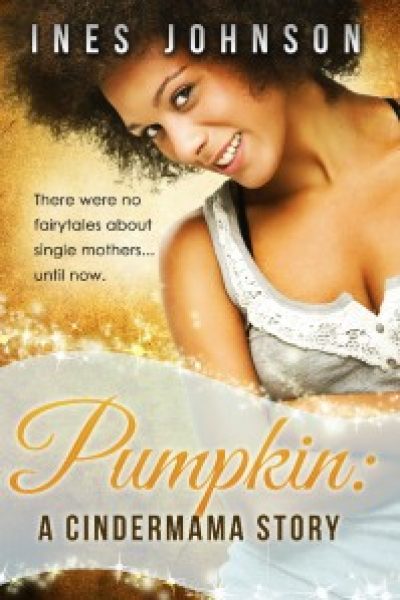 Single mother Malika “Pumpkin” Tavares lost faith in fairytales after she fell for a toad. Now she believes she’s not cut from the storybook, heroine cloth and searches for Mr. Good Enough amongst the sidekicks and supporting men of the town.

Love at first sight isn’t a cliche for town royalty Armand “Manny” Charmayne. For generations the Charmaynes have spotted their soulmates by seeing a golden aura the first time they laid eyes on The One.

When Manny meets Pumpkin he sees…nothing, but sparks fly off the richter scale. The more he gets to know her the more he considers defying fate, if only he can convince her to take a chance on love again.

Ines lives outside Washington, DC with her two little sidekicks who are growing up way too fast.

Anyway, it was October, and so I plotted the book for the next month of NANO. The completed manuscript sat in a drawer for years because I didn’t think anyone would want to read a story where a single mother was the hero. Thankfully, I was wrong. Every woman deserves an HEA.

Be the first to review “Pumpkin: a Cindermama Story by Ines Johnson” Cancel reply