You are here: Products Promise of a New Day by Brooke Burton 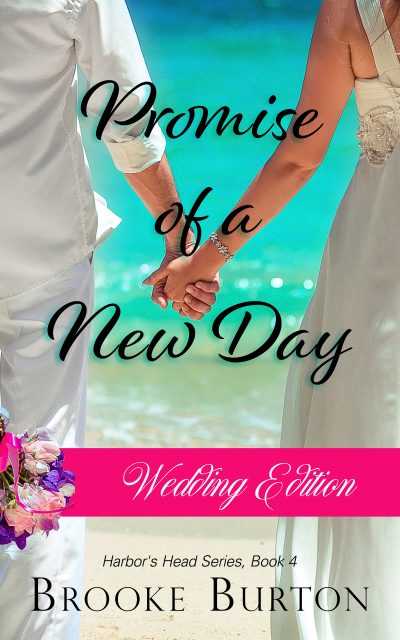 Promise of a New Day by Brooke Burton

Austin and Abi’s wedding had been called “the Wedding of the Year!” However, when a rough patch knocks them off course and leaves Abigail reeling to get her life back, she suffers from guilt and struggles to move on. Enter Sebastian, whose good looks and enduring ways comfort her in her times of need, and offer her the strength to keep moving forward. Yet, when her past threatens to derail her future, she is presented with a choice of pushing forward in a new direction or return to the comfort and familiarity of the past. What do you do when the one you love no longer loves you?

As always, no cheating, and a happily ever after!

Brooke is a tortured artist who began writing plays in the 3rd grade. After losing her muse as a teen, she struggled for years to write, but what came out on paper never aligned with what was in her heart. Finally, after being inspired by some old friends, her writing came to fruition which became her first published novel, Desperate Times, Second Chances.

Inspired by strong women who have a driven purpose and very little tolerance for bull, she enjoys exploring equality in relationships with broken characters who clearly have made past mistakes. Don't we all?

This book was inspired by a friend who wanted to know more about the romance between my characters in book #1. I realized early on that I wasn't happy with who my heroine was with, and I felt compelled to give her a better story.

“What hurts?” He asked, sliding a hand to her back. Tony and Faith ran up from behind.
“Nothing Seb,” she assured him. “I’m just a little banged up, I’ll probably feel it tomorrow,” she laughed. “It’s really no big deal. I can run again.”
“The hell you can,” he said, lifting her up off the ground in his arms. With all the determination of a stubborn man, he started walking back up the hill with her, leaving Faith and Tony to clamor after their tubes.
“I’d never pegged you for a thrill seeker,” he mumbled.
“Seb put me down, you don’t need to carry me! I’m fine!”
“No, because then you’re going to try to run again, and we don’t have time for a visit to the ER,” he grumbled, looking directly at her.
“I’m not going to end up in the ER!”
“Who says it’s for you? I’m not willing to watch you and risk another damn heart attack.” Abigail’s heart smiled as she watched the intense, grumpy scowl etch into his face. She’d been on the receiving end of plenty of male angst in the past year, and most of it in response to something she’d done or thought. But none of it had been because someone cared so deeply. Giving in to him, she wrapped her arms around his neck and kissed his cheek