You are here: Products Project Echo 31: There’s A Time To Love by E.D. Johnson 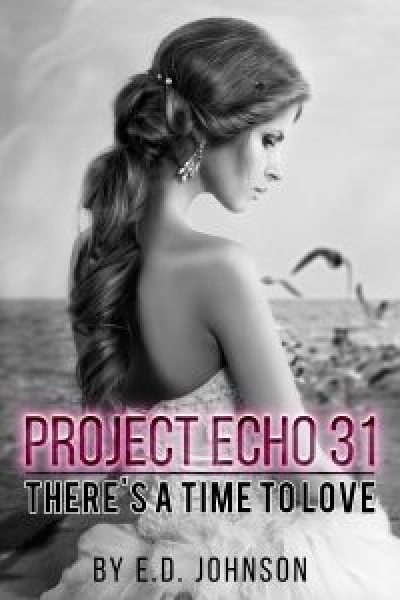 Project Echo 31: There’s A Time To Love by E.D. Johnson

Mr. E.D. Johnson is a native Texan reared in Okinawa, Japan and currently resides in Houston, Texas. He has a passion for social justice advocacy and is a firm believer in self-efficacy through economic empowerment and entrepreneurship. E.D. Johnson is an innovative, energetic, and successful entrepreneur. He is co-host of ?The Edifice Project? an economic empowerment radio show designed to ?champion? the lives of women, minority and small business entrepreneurs. The Edifice Project, operated under Stratified Community Development, Inc. a federally recognized non-profit 501(c)(3) corporation, airs on 90.1 Pacifica Radio. He served as Executive Director for James Prince?s Prince Complex, Inc. and as a community outreach coordinator in Houston, Texas. Mr. Johnson served as an expert, special guest, and keynote speaker for Russell Simmons? Hip-Hop Summit in Miami, Florida during the Hip-Hop Source Awards and in Houston, Texas during Super Bowl XXXVIII. As a successful grant writer he has received over $1.3 million in funds and in-kind contributions for community outreach and technology. Prior to graduation he was a Fogarty International Scholar in Epidemiology, where he was a part of a research team examining the Resistant Tuberculosis Endemic in The Dominican Republic. Mr. Johnson is a polyglot with a conversational command of Spanish, French and Japanese; and master fluency in English and Spanish. Mr. Johnson, a decorated veteran served in The United States Marine Corps?, 1st Battalion, 5th Marine Division and station in Camp Pendleton CA. He received numerous awards and commemorative medals including the National Defense and Marine Corps Honorable Service Commemorative Medals. Mr. Johnson is an impassioned writer and has interest and a passion for being involved in multi-cultural pursuits. Mr. Johnson is currently a proud member of The United Nation?s Choir.

I was inspired by a dream in which I tried to travel back in time to undo my marriage to my ex wife. When I finally found her and went to break off the marriage I actually found myself falling back in love with her. When I woke up I was overcome with emotion because I was actually still in love with her. I tried to shake it off but it took several days to get over.

Be the first to review “Project Echo 31: There’s A Time To Love by E.D. Johnson” Cancel reply