You are here: Products Product by Ian S McCain 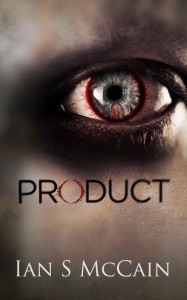 Fifty-year-old Ernie Chase is just another liquor-soaked husk wandering the streets of New York City looking for his next drink; his body is broken and his mind is a slave to addiction. Things change when he is shot while witnessing a back alley drug deal. He imagines that his life is finally over, but instead he awakens to discover that he is handcuffed to a cot in an abandoned hospital and is somehow sober, healthy and 25 years younger.

Ernie is told that he has been infected with a dangerous virus which requires him to consume human blood to stay alive. He is given a simple choice by his captor; receive continuing treatment for his strange new condition in exchange for lifelong service, or face certain death.

His job is simple now:

Recruit for the Farm.

Distribute the Product to the Infected.

It all seems so uncomplicated until other Infected start to descend on the city, looking for their next fix.

By day Ian works in Information Technology as the Director of Operations for an IT consulting firm. At night, while his family is sleeping, he writes; trying hard to strike a balance between creative and business worlds. Ian lives in Orlando, Florida, with his wife, two sons, and their neurotic dog.

This was a film script idea I had been kicking around for about 5 years. I had mapped the whole story out and realized that it would likely be easier and more impactful to write as a novel first.