You are here: Products Princely Bastard by K. H. Alynn 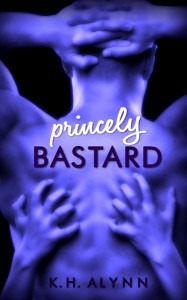 She thought it was just for one night.

Aimee Goodwin is a young woman on the run from her past and a crime she didn’t commit when she hooks up with a gruff Los Angeles street fighter for a night of forgetting. What she doesn’t know is that a newspaper is about to claim he’s both the illegitimate son of Prince Charles and a killer. This leads the two of them on the run together, and from more than just the police, with the increasing danger only intensifying their connection.

Wherein may lie the real danger.

I was nominated for a 2014 RONE Award, for Love and the Punk Rock Grrl.

The idea popped into my head one night and I couldn’t get it out.

Be the first to review “Princely Bastard by K. H. Alynn” Cancel reply