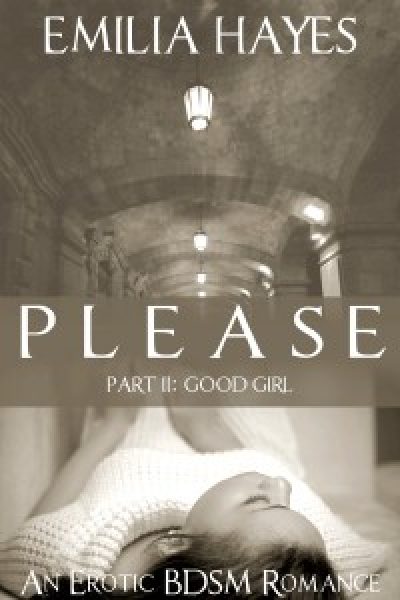 Will she be able to reconcile her everyday life with this new and thrilling aspect of her personality or will she run from Dale before she can find out?

Her work features inquisitive newbie subs, communicative Doms, absolutely no stalker-esque weirdos, realistic kink, and a side helping of laughter – just like all the best sex, right?

She began to obey his command before she’d even processed it. She smiled to herself, apparently her subconscious was obedient even if she was a brat. She arranged herself as he’d described and found herself face to face with a stranger.
‘Hello,’ she said, bemusedly.
Dale tugged her hair gently, ‘Neither of you have permission to speak right now, sweetheart. Don’t make me remind you again.’
The woman, a striking red head, smiled at Hanna and rolled her eyes slightly.
‘I wonder if you’d be rolling your eyes if your master could see you, Laura.’
The red head gaped at Dale then winced as the man called Dan swatted her arse casually. ‘No Sir,’ she muttered.
Hanna swallowed the urge to laugh at the poor girl’s plight, her sulky face really was a picture though.
‘Straighter Hanna.’
She stretched as smoothly as she could, not sure how much straighter she could get.
‘Good girl,’ he said, then balanced his cold tumbler on the small of her back.
‘What the fu-’
‘Hanna.’ The warning in his voice was clear so she shut up, but she scowled freely. Laura seemed to be used to this treatment as she was resignedly balancing her Sir’s glass of red wine on her back. Hanna wondered if that was why she was wearing a white dress.
‘I suggest you try a different facial expression, Hanna,’ the man, Dan sounded amused rather than commanding, which she was glad of. She wouldn’t have stood for a stranger bossing her about. She schooled her features just as Dale leaned over to see what his friend was talking about.
‘Hmm. Careful sweetheart, you really don’t want to spill that.’She stiffened, recognising the threat. This wasn’t something she’d ever imagined doing. It seemed harmless but she couldn’t see the sexual appeal. Being a table was just pointlessly humiliating, surely? She was glad that there was someone else there going though the same thing because it made it seem easier to laugh at, but she did wish they could talk.
The men resumed talking as they concentrated on staying still. Dale lifted his drink to take a sip then placed it further up her back in a more precarious position. She tensed further. Might as well try to do this thing well if it was something he wanted.
Although the men continued talking about current affairs Dale reached down and cupped her breast, teasing her nipple through her clothes. She gasped and pulled away, completely forgetting about the glass. Dale had thankfully anticipated this and lifted the glass.
‘Last chance, Hanna,’ he said, calmly gesturing to her to resume the position. She glanced at Laura and realised that she was concentrating extremely hard and making small mewling noises. Hanna was baffled until she saw the remote control in Dan’s hand. Ah. Poor Laura, Hanna was getting off easy after all. She knelt back down with as much grace as she could manage and offered him her back again.
‘Good girl,’ the approval in his voice was obvious. He placed his glass on her back again and reached down to put his hand down her top so he could pinch her nipple a little harder. She remained still, very glad that her underwear wasn’t full of something battery powered. Poor Laura was shaking somewhere between ecstasy and agony as she fought the urge to come. Hanna watched transfixed. She’d never been with a woman before so witnessing female arousal was a new and fascinating experience.
‘Jealous sweetheart?’ He whispered in her ear so as not to disturb Laura’s concentration.
‘No way,’ she said quickly, shaking her head as hard as she dared. The growing wetness in her underwear betrayed her real answer, but this was enough for the moment thank you very much.
‘Hmm. Maybe next time,’ he ran his hand over her arse and under her skirt, toying with the elastic band of her underwear. ‘I’d like to see you balance this while I fucked you.’