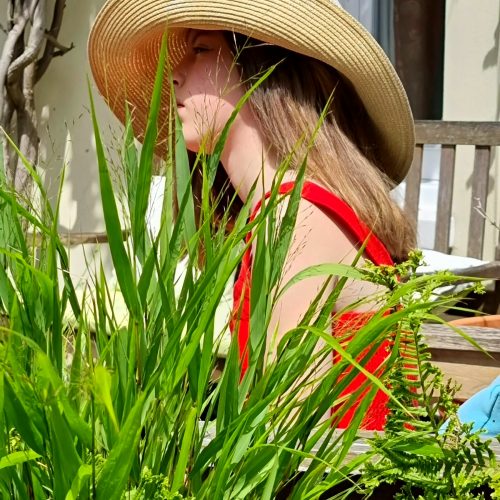 This book is the story of Liz, a driven independent woman, facing the challenges of what has shaped her life in her growing years, her journey towards accepting the past, the mistakes and achievements of her family as well as accepting the mistakes people she cared for her made. Moving on and recognising that what she was and made her were effectively those challenges. She was stronger and better because of these events.

By accepting that her journey, by fate or individual design, had created an alluring, successful but at the same time insecure individual who craved the company of her mother, who missed her brother as they were both forced to grow quickly in order to maintain the family unit.

By understanding her past and acknowledging the gift of the future, Liz was able to clearly see the value of real honest friendship and the meaning of rewarding those who cared and moving on from those who did not.

Yviebeth Bardug is the author’s nom de plume. Lives in London with her husband and two kids, two cats and a dog. Her time is spent gardening, writing and ensuring the family is a happy and united, surrounded by love.

I am an avid reader, mainly of romance and thrillers and decided 20 years ago to start writing. This book took a long time in between working and raising two kids. I have now started my second book which is a romance thriller.

Still tip-toing, thoughts pushing through the back of her mind, she started worrying about a possible break in, unheard of but still possible. Edinburgh was well known as a peaceful city. She pushed open the door, very slowly so that nobody was disturbed, her heart stopped, she was just looking, staring in disbelief, they were oblivious to her presence, her eyes, with tears swimming on them, her sight adjusting to the darkness, not enough to free flow down her face. She knew I had to be in control, survival mode had kicked in, fight, or flee reflexes full on. She knew that she could not show her anger and despair. Guessing being only 10 p.m. Tim must have thought he had enough time. She wondered how long they have been seeing each other, how they must have laughed at her, how could he have had a lover, her of all people. She could not make a sound, her mouth and lips were dry, so dry as if she had been exposed to the dessert sun for hours, parched to best describe them, her lips moved but no sound came out, they were trembling, all she remembered was her mouth being covered by her hand in order to muffle the sound of disgust and shock that came out of her throat.

All these thoughts were going through her in what felt like a lifetime, but it was in actual fact only two to three seconds. She started backing off, she could not witness it anymore, she had to get out of here without them realising that she had witnessed them making love, her boyfriend, her love, companion, and someone whom she considered her best friend, Charlie.

She got as far as the door, the tears started falling to the floor, her hands were shaking but she had managed to open the door and close it without making too much noise. She was hoping that the noise from their lovemaking will be enough to muffle the noise made from opening and closing the door, they were being so loud; he was like a wild animal, something he had never experienced with her, he obviously found Charlie amazing, more than that, he must desire her passionately to act like that. Liz was conscious of trying to be quiet, it had taken her less than 5 minutes to run up the stairs, it was now taking me more than five to go down the stairs; she was conscious that she did not want to be discovered. Fear of discovery and being publicly humiliated gripped her, the only thing that made her achieve her silent goal.

“Please God, don’t let them hear me, I don’t want to be discovered” Liz muttered to herself. “I can’t take a face-to-face humiliation.”

Liz got to the front door on the ground floor, knew that if they looked out of the window, they could easily see her, it was not dark enough to disguise herself in the shadows, the streetlamps were too bright, but she had no choice. She decided to put her jacket over her head and walked hugging the wall until she was far enough away from Tim’s flat. If people thought she was stupid, so be it, she thought. Finally, far enough she could breathe, her heart pounding, body shaking and tears on free flow.