You are here: Products Perfect Need – Seven Tales of Love and Passion by Barbara L.B. Storey 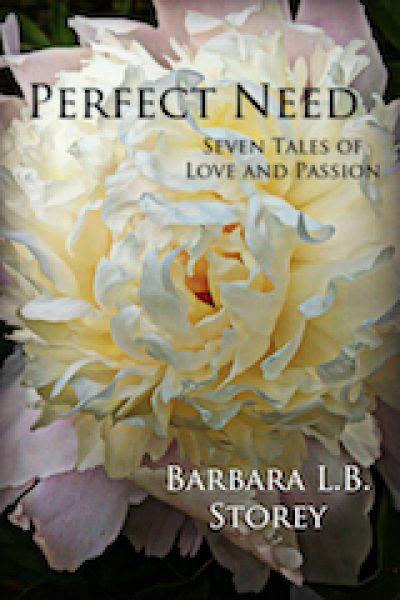 You never know who you’ll fall in love with, or why, or whether it’s a good idea – ask Rowan in A Star, A Stone. A sudden rainstorm – Stormy Weather – or even an exercise class – The Queen of Heaven – can be the spark that creates abandon and exhilarating passion between two lovers. In Dolce, a full-course Italian meal prepared with love whets . . . other appetites.

The stories in Perfect Need explore what love and passion can become, how they can affect two people for a moment, or for a lifetime; when they tumble into a love they never expected; when they decide it’s worth the risk to stay . . . or not.

She always loves hearing from readers. Her personal blog – which is the springboard for a memoir that will explore “one person, many lives” – can be found at http://storeylines.net.

My writing is basically my fantasies, my idea of what love could or should be, in a perfect world. I share them with my readers because I think I’m not the only one who has these fantasies!

Be the first to review “Perfect Need – Seven Tales of Love and Passion by Barbara L.B. Storey” Cancel reply