You are here: Products Patrick: A Mafia Love Story/R.E. Saxton by R.E. Saxton 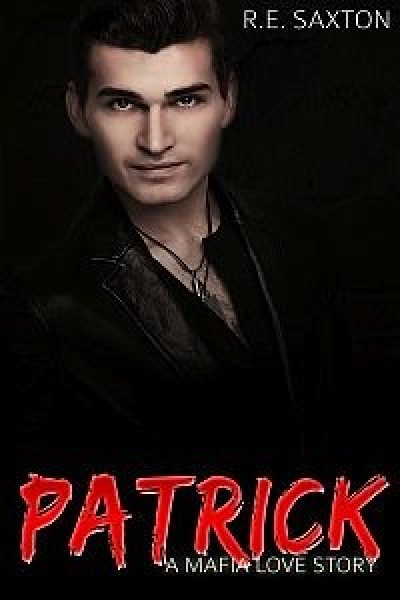 Patrick Murphy leads the Irish mafia in his city. He could have any woman he wants, except the one he’s forbidden himself to take—his ward, Lauren. He longs for her and craves her. Until now, he’s managed to keep her out of his arms by sending her out of the country. Now that she’s finished with college and back home, his resolve is crumbling. She’s determined to have him, and it’s impossible to fight her and himself. If…when…he surrenders, he knows she’ll hate him for doing so once she learns his darkest secret.

He killed her father.

“I don’t know what your problem is, Patrick, but you have to stop acting like my damn father. You’re not my dad.” She started to slip past him gracefully, determined to leave on that note. She glared down at him as she passed. “I don’t want another father. That’s not at all what I want from you.”
She’d barely made it another step before his hand fastened around her wrist, sending sparks of electricity up her arm and making her shiver. Seconds later, she was sprawled atop him, their faces inches apart. She caught her breath as her heart galloped in her ears. “What are you doing?”
“What are you doing?” He glared at her as he repeated her question. “This game you’re playing can get you in trouble.”
She didn’t know whether to go for innocent or to admit what she was doing. Hesitating, she licked her lips. “What kind of trouble?”
“The kind of trouble a young woman just starting out in life doesn’t want. Behave yourself.”
She rolled her eyes. “There you go acting like my father again, Patrick.” She poked him in the chest lightly with her fingertip. “You’re not my damned father.”
He shifted her suddenly, bringing the heat of her folds against the pressing arousal between his legs. “I know I’m not your father. But I’m still trying to do the right thing and look out for you. So I’d suggest you knock this off right now.”
She couldn’t resist circling her hips, rubbing against him and eliciting a groan from both of them. “Who’s to say you’re doing the right thing? Maybe this is the right thing.” For emphasis, she raised herself before rubbing down his length, wishing there weren’t swim clothes separating them.
He was clearly battling between anger and arousal. “Stop.”
The gruff command should have been intimidating, but all it did was turn her on. She could see his shell finally cracking, and she reveled in it. “No.” She mimicked his tone as she dry-humped him.
“Dammit, Lauren, this isn’t right.”
“It feels so good.” She whispered the word softly as she leaned near him, squeezing her hands on his shoulders while she rode him. His lips were hard and resistant against hers when she pressed her mouth to his, but he didn’t push her away. She softened her lips to mold to his, her tongue teasing the seam of his lips for entrance. With an abrupt groan, Patrick yielded, allowing her tongue inside his mouth. A second later, his dove back into hers, and he kissed her openmouthed, his tongue plundering the depths of her mouth.
As they kissed, pent-up hunger burning between them, she continued to rub against him. His cock was hitting just below the bundle of nerves at her clit, and his deeply restrained need, obvious from the way he was holding himself otherwise immobile underneath her, pressed all her buttons in the right way.
She liked the battle within him, liked knowing she left him conflicted, because it was a reaction. At this point, any reaction was welcome. She grinded her pelvis against him as she twined her tongue with his, using the head of his cock to get off. She let out a small squeal followed by a longer moan as her walls clenched, and juices flooded her skimpy bikini pants.
As though her orgasm had brought him back to his senses, Patrick abruptly grunted and pushed her away. She would have fallen off the lounger onto the cement of the patio if he hadn’t held her. He only kept his hands on her long enough to study her on her feet before he moved away, rolling off the other side of the lounger and putting space between them. “Don’t ever do that again.”
“You were doing your share.” She touched her bruised lips that felt raw from his possession. They hurt, but in a good way. “You want me. I don’t know why you won’t just admit it.”
“Fine, I admit it. I want you, Lauren, but I’m not going to have you. There are a million good reasons why I can’t, and I’m asking you to respect that.”

Be the first to review “Patrick: A Mafia Love Story/R.E. Saxton by R.E. Saxton” Cancel reply