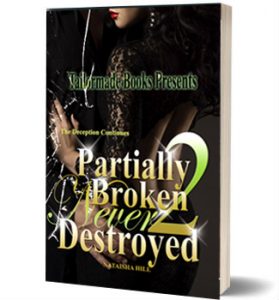 Life and the situations we deal with in life that no one wants to talk about.

“Damn, see that’s why I wanted to talk to you face-to-face, because I knew if I did it over the phone, you would have just hung up. At least now I know you still care.”
“Have you seriously lost your mind? Lose my number and die,” she responded as she got up and left from the table not looking back.
“Kayla,” he yelled as she was leaving, “KAYLA!”
She jumped in her car, pissed to the limit. She couldn’t believe that whorish guy, who called himself a man, would get some random female pregnant. She started feeling even more justified about having sex with Travis. She started to think about how Jeremy would always say he would marry the woman who carried his first child. Then she started to feel nauseated by the thought that he may really love this woman and treat her right. She really couldn’t understand why she was so upset. It’s not as if this guy treated her like a queen or something, so why was she sweating this issue. Consumed by her thoughts as she pulled into her apartment complex, she didn’t notice someone had been following her. She parked her car only to discover to the right side of her was Jeremy’s truck. Jeremy had followed her home.
Panic came over her because she didn’t know what to do. She pretended to fondle around in her purse until she could think of a good lie. He pretty much knew where the majority of her relatives lived, so she couldn’t say it was an aunt or cousin’s home. She was busted. She had practically given this mentally deranged man direction to her home. She decided not to worry since 9-1-1 was just a phone call away if he tried something.
“Oh, so you really came up,” he said, as Kayla finally got out of her car.
“Yeah, and?”
“Oh, I’m not hating or anything, congratulations.”
“Yeah, thanks,” she dryly responded.
“It’s good to see you’re doing good and not being a low-life like all my other ex-girlfriends. Miss independent and I don’t need anything from a man,” he teased.
“Look, Jeremy, I don’t know why you followed me; I said all I had to say at the restaurant.”
“That’s cool, are you going to invite me in so I can see how you’re living?”
“This isn’t the time and, plus, I have to be at work here shortly so…”
“How about I call you tonight and we can talk about it,” he interrupted.