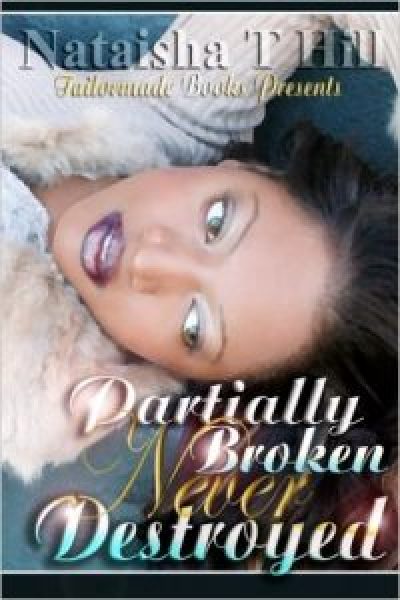 Kayla is carrying a huge secret that haunts her and she knows she will have to deal with it at some point. Her life is in danger as she continues to associate herself with people who carry demons.

In a crazy twist, she ends up discovering she has her own demons.

My name is Nataisha T Hill and I am the author of a suspense series called “Partially Broken Never Destroyed. It’s a hot and steamy women’s fiction series with romance, lies, deception, and a few twist and turns. There are four parts to this series. I have also released a few self-help books and a relationship guide.

There are women that I personally know who have or have known someone to go through similar situations such as Kayla. There also are women out in the world who are actually in the process of going through one or more of these situations. Kayla is the typical single woman in search of a good man to settle down with, marry, and have kids. She has a good heart and wants the “ideal” romance badly enough to believe in men even when obvious signs of deception are there.