You are here: Products Parallel Attraction (The Parallel Series, Book One) by Deidre Knight 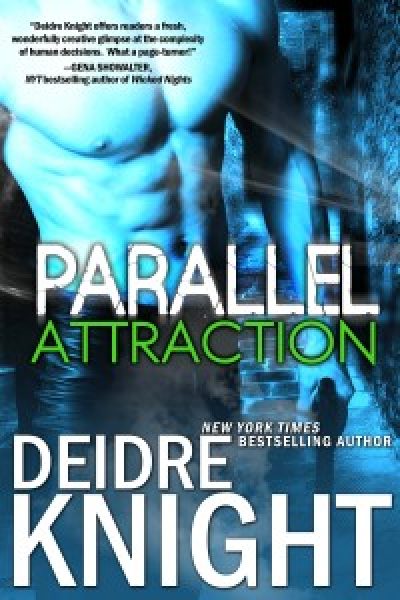 Parallel Attraction (The Parallel Series, Book One) by Deidre Knight

“…humorous…heart-wrenching…compelling…. What a page-turner!” – Gena Showalter, author of The Darkest Craving.

Finding a mate is the farthest thing from alien warrior Jared Bennett’s mind. After years of exile on Earth, the king is close to developing a weapon that will alter the fabric of time and hopefully bring peace to his own people. But a chance encounter with scientist Kelsey Wells ignites a scorching desire far more consuming than talks of rebellion.

To Kelsey, Jared’s heritage is exotic and alarming – nothing like the logical, scientific facts of her own world. But despite her fears, she can’t deny the heated response of her body every time the magnetic leader comes near.

As the bond between them grows, Jared struggles with a shocking family secret that keeps him from claiming Kelsey as his own. And a visitor from the future escalates Jared’s battle for his people’s freedom to a fever pitch, forcing the lovers to face one inescapable fact: Time can save them, as much as it can destroy them.

Be the first to review “Parallel Attraction (The Parallel Series, Book One) by Deidre Knight” Cancel reply