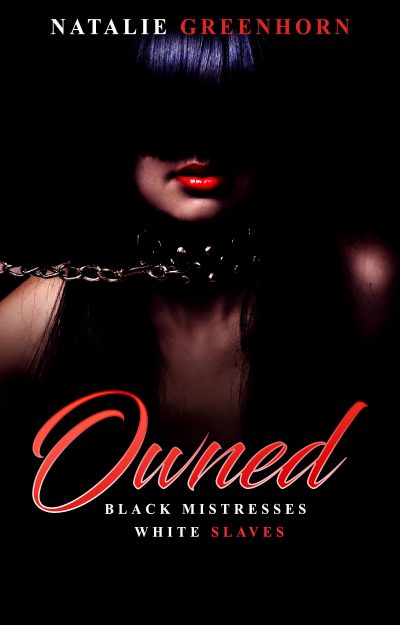 For Mature Readers Only
Taboo stories of submissive white women who experience what it’s like to be sexually dominated by strong Black women for the very first time.

Sex with My Host
A Nigerian foreign exchange student invited to the U.S teaches her rude blonde host, that her white privilege means nothing to her and in this household, there’s only one woman in charge

Owned: My Two Ebony Queens
Julianne moves to a new state to start a new life and experience things she has never experienced before. Which just so happens to include her first lesbian, Master/Sub and interracial romance with her personal trainer Stacey and her friend, the relationship is anything but normal.

College was an eye-opening experience, I fell in love with writing and my eyes were opened to many new experiences and pleasures as well. With writing in my diary since I was a child I soon ventured out to writing stories because there didn’t seem to be a market for what I liked. I would love to continue writing more and make this an ongoing series which may or may not have been inspired by some of my very own exploits, but I can only do that if there is an audience out there for this small niche. This is my first book of hopefully many.