You are here: Products Our Hearts – The Seer Trilogy, Book One by L.J. Fleming 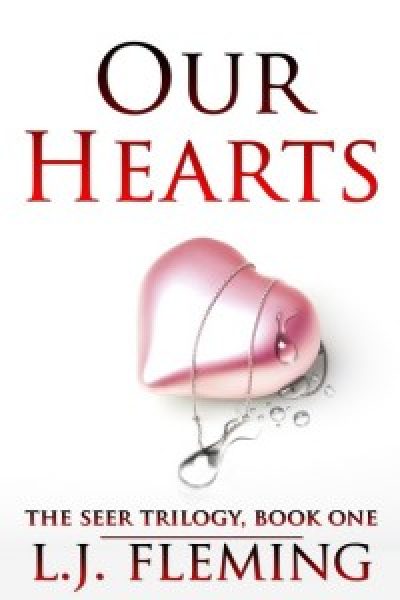 Our Hearts – The Seer Trilogy, Book One by L.J. Fleming

Owen Melonach, a respected Seer, has been injured in a severe accident. When he recovers, his memory from the last ten years has gone. How will he survive without the ability to remember?

Enter Viera Ethesreld, a member of a waning Representative Corps and former queen of her planet. She has known Owen since he valiantly helped to rescue her and save her home world from the ravages of civil war. Now she has been tasked with the assignment of rekindling her friendship with the Seer and watching over him as he recovers.

As the galaxy crumbles around them, Viera and Owen secret themselves away on her home world, but Andor, Owen’s former student, comes to claim Viera as his prize and threatens to tear everyone’s lives apart.

From the time she was a child, LJ has written about the world around her. From the first romance she wrote, she was hooked and writing has been an important part of her life ever since.

I was inspired by many of the books I read. There are so many great love stories, that I wanted to tell one of my own. I thought this was a great way to express myself and this story felt so right.

The days stretched on as the clouded sky of Ethesreld continued to pour down rain. Owen grew restless and stood outside often under the overhang of the front entrance. He watched the droplets of water fall from the gray sky above only to end in the puddle near his feet. A puddle that grew exponentially as the day went on and he lingered.
He reached out his hand letting a few drops of rain coat his fingers. The cold water trickling down towards his elbow making the sleeves of his shirt damp.
The rain felt familiar. Then the feeling was gone like the drops on his fingers and Owen grimaced at his lack of memory. He still couldn’t remember a lot of things and it was hard to come to terms with the facts.
The door behind him opened and he felt a rush of warm air buffer against his back. Viera said nothing merely sharing his silence. Owen liked that about her. She knew when he needed to talk and when words were just too much. She knew how to comfort without saying a word. The silence spoke more between them than words ever could.
Her hand gently gripped his as if to reassure him she was there and then the door clicked closed again and he was alone with the sound of the rain hitting stone and the memories he couldn’t find inside of his mind.

Be the first to review “Our Hearts – The Seer Trilogy, Book One by L.J. Fleming” Cancel reply