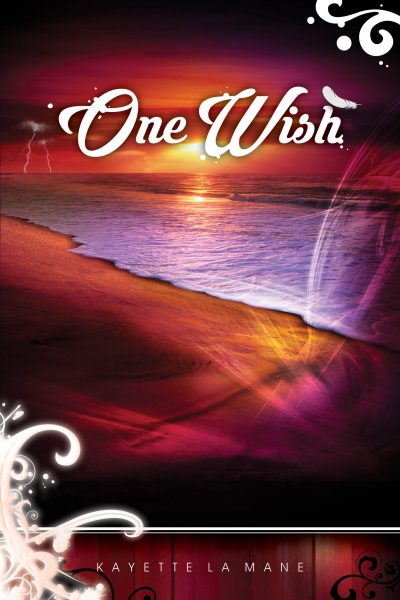 One Wish: Rising Sun Saga book 1
Kira, a 21-year-old famous socialite in LA has everything she thought she always wanted, so what could she possibly wish for?
As Kira starts to wonder if there’s more meaning to life than what we can see, she doesn’t expect supernatural beings to start appearing. Firstly in her dreams at night, but then as strange weather storms start to roll in, as well as angels and not-so friendly-looking dark shadows, she suddenly wants to find out what’s real.
BJ, her handsome surfer friend who she’s falling in love with, seems to hold the key to this new mystery. But can this relationship be true love, or is there another reason why they’re destined to know each other?

What would you wish for?

Author Kayette la Mane comes from a creative background in the dance industry before being inspired to write her first debut novel One Wish. This didn't come from having a dream as the main character so often has, but first seeing a picture of a dream that then became the first paragraph of this book. However, the ideas soon became too big that she realized they couldn't all fit in a single book, so the original story then became three books, creating the Rising Sun Saga.
She loves dancing, and appreciates the small things in life that can bring the greatest joy, like being snuggled up inside reading a favorite book inside it's pouring with rain outside.