You are here: Products Once Upon a Romance (A Dream Come True Book 1) by Alex Bailey 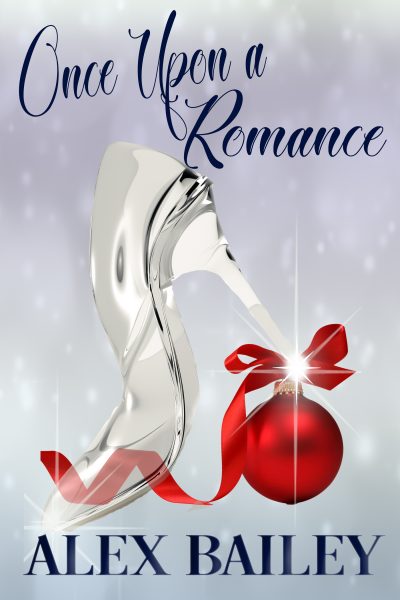 Can a bit of Christmas magic help this ruggedly-attractive stranger win Sophie’s heart when she believes it already belongs to Darren? And will Sophie continue to allow her painful past to haunt her, or will she let it go?

A heart-warming holiday romance in “The Most Magical Place on Earth.”

Alex Bailey was a bored writer/editor of documents as humdrum as vacuum cleaner manuals. She left that life behind to create more exciting worlds than the one she lived in. The Future Memoir of Ann Jones was the first book under her (absolutely necessary) assumed identity (in order to hide Ann Jones’ identity). When she’s not dreaming of being swept away to “The Most Magical Place on Earth,” she’s tending to her organic garden while belting out Disney tunes. Some of her favorite hobbies include: telling her children that “Mother knows best”, attempting to convince woodland creatures to clean her house for her, wishing upon stars, and Disney-ing.

My love of the holidays, Disney, and romance was the inspiration for this first book in the series. I've always been drawn to "The Most Magical Place on Earth" and thought it would be fun to explore a budding romance taking place there. I can't imagine a more fun place to fall in love.