You are here: Products On The Run (Men Of Honor book 1) by Rhonda Lott 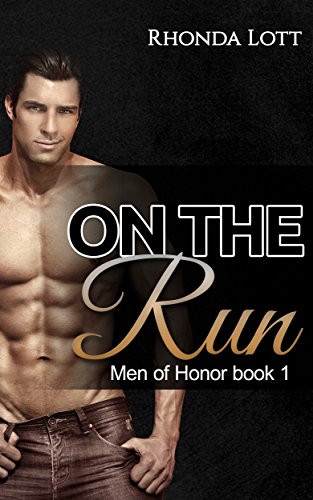 On The Run (Men Of Honor book 1) by Rhonda Lott

Alexandrea Harding was on the run from a killer. Alex had hopes of becoming a singing superstar, until the death of her sister made her the target of a murdering drug lord. Now she is surviving day to day, trying to keep herself and her remaining family alive.

David McAdams built a multimillion dollar company from nothing but hard work and determination. He has no room in his life for complications, until at a party he hears Alex sing. He knew he had to have her, but having Alex meant his life was about to get more complicated than he could ever imagine.

Dreaming of stories was my passion growing up and after raising two beautiful children, owing my own Day Care for twenty years, and being a foster mom, I’m now living my dream. I write about people who are taking the exciting, breathtaking, and sometimes dangerous journey to find true love or at least stumble upon true love in the process of running for their lives. I love action movies and romance so why no combine the two things I love into tales, that I hope, make reader’s heart beat faster and take them away from their day to day drudgery. I live in Atlanta Georgia with my husband and huge family.

The story of Alex and David rattled around in my brain for quite a long time. I sat down after having my son and wrote madly for a month or two, then put it away because life just kept intruding. After years and years of life doing it’s thing and my two children were all grown up, I got back to what was my dream and wrote On The Run. I’m glad I gave a voice to Alex and David after all this time.