You are here: Products Off Limits / Lust Sisters by Bruce Manning 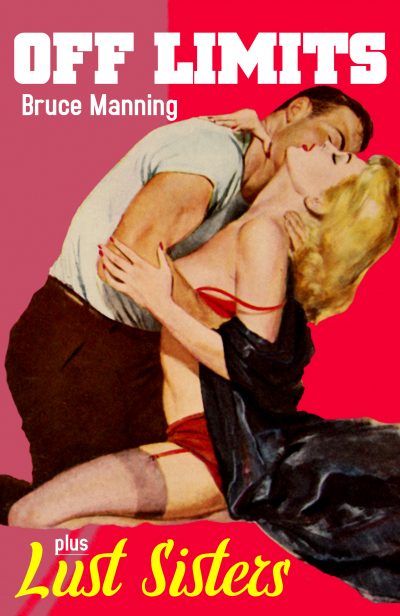 Two tales of sisters who sin in every conceivable way!

It started when Pamela proved too much for John Walker. It was easy to take advantage of her, and wonderfully thrilling! But being a typical American lad with plenty of conscience, John came back to make amends. Instead of Pamela, he found only her sister, the wild and seducive Hilary. She would not tell where Pamela was, but volunteered to act as substitute—and promptly proved as good! Then John met Rust Martin, a loose-living lass who taught him in the higher arts of love and agreed to give up the streets if he would be faithful to her. The voluptuous Pamela and hot-blooded Hilary, however, were temptations practically impossible for a man to withstand. How could he choose among these three beautiful and passionate girls?

A passion triangle was the lives of four sisters. Four twisted girls on their own, free to indulge every whim, every single desire. Take Colette, the insatiable wanton on the cnstant prowl for men. Take Michele, the tramp always ready to show a man how much she has learned in the lust schools of Paris. Take Janet, the school teacher who hated her own innocence—and wasn’t sure if she had a secret passion for another woman! And take Nikki, who knew what her secret desire was and didn’t want to face it. Four sisters trapped in a sin knot!