You are here: Products Obsession by Patricia Rosemoor 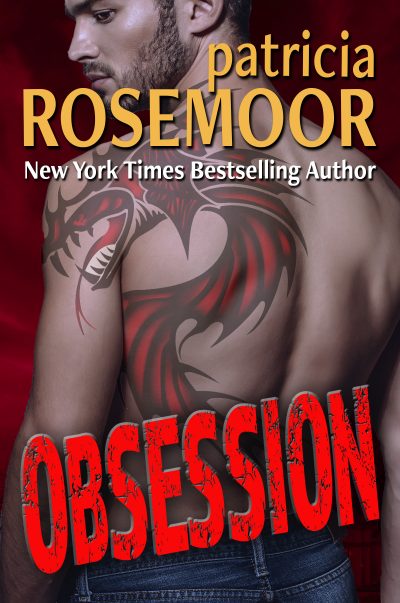 A driven female cop teams up with an irresistible ex-con to bring a killer to justice.
Chicago homicide detective Camille Martell is obsessed with tracking down “Angel,” a sexual predator who has killed his victims—even after her off-the-books investigation leads to her suspension. But when her attempt to contact Angel online puts her teenage neighbor in mortal danger, Camille is overwhelmed with guilt. She needs help—even if it comes from the one man who’d been a weekend obsession she’d vowed to forget. After serving time for hitting a prosecutor who wasn’t doing his job, Drago Nance, now a private investigator, doesn’t trust the justice system. Nothing will change that, not even the weekend with Camille burned into his memory. But he can’t ignore the need in Camille’s eyes, nor the innocent young girl whose life is on the line. He agrees to help, but he makes Camille play by his rules and finds that his obsession with her is as strong as his need to stop the predator from killing again.

Instincts honed beyond what she could explain, Camille felt the quiver along the back of her neck. Her mouth felt dry and her knees went soft, but she refused to show any weakness as she turned.
Drago Nance stood just inside the office door. His rugged features, countered by dark hair were all too familiar. She knew every inch of him. She'd slept with him, had spent a whole weekend with him, mostly in bed, telling herself it was just sex, no big deal. A weekend fling, which was so uncharacteristic of her, as she never had another after Drago — and that had been four years ago, so why was the memory as sharp as if it had been four days ago?
As incredible as he’d appeared then, he looked even better now. He’d always topped six feet, but he’d been trimmer, less intimidating. The tan T-shirt he wore fit him like a second skin, accentuating every muscle. His unruly hair spilled over his forehead, framing those deep blue eyes that had set her heart racing the first time she’d met them. Beard stubble made him look even more dangerous than she remembered. She’d entered the bar looking for Justus to talk about a case, and this hunk had given her an appreciative once-over that curled her toes. Justus's brother. Their gazes had locked and she hadn’t been able to turn away. For the first time in her life, she’d felt an instant connection with a man.
Her heart was racing now just remembering. Trying to dispel his unwanted effect, she choked out, “So you’re a private investigator now?”
“I have a license and everything. All shiny and new.”
Camille clenched inside. “Your brother must have some influence.” She didn’t add after what happened four years ago, just let the inference hang between them.
“Justus always has influence. When he chooses to use it.”
She didn’t miss the puzzling barb.
Justus backed his younger brother. “Drago served his time.”
“Did he?”
“Six months in Cook County Jail. He’s been working for me for the three years since to get that P.I. license,” he clarified. “He’s good, you can trust him.”
Trust Drago Nance? Camille thought not. At least not personally. The weekend they'd shared had been all-consuming, so much so that she'd thought they would have more time together.
Then she'd never heard from him again.

Be the first to review “Obsession by Patricia Rosemoor” Cancel reply