You are here: Products Note Worthy by Dhasi Mwale 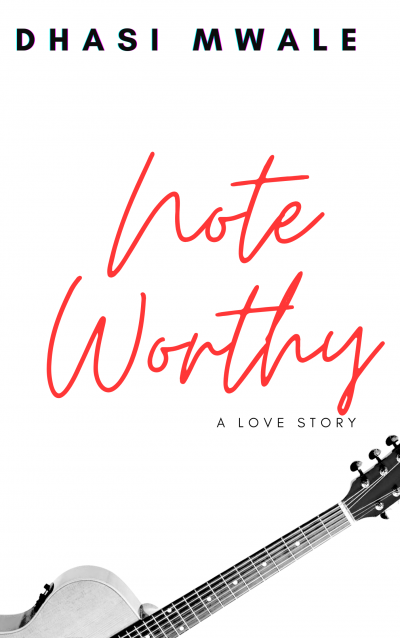 “You don’t make it easy to love you, do you, Kitty?

Six days to the music festival that will make her career, events planner, Kitty’s meticulously scheduled life is thrown into chaos by the reappearance of charming but irresponsible Wezi, her deceased brother’s best friend.

It’s been two years since his disappearance. He’d abandoned her when she needed him most. She should be fuming. Right? But Wezi’s always been her weakness and maybe this time things will be different.

Dhasi Mwale is a published author of short fiction. She loves to play pretend when no one is watching. She pens down random thoughts and sometimes creates beautiful tales. Please ignore the stockpile of unfinished manuscripts. She started sharing her writing on Twitter and has since won the Zambian Short Story prize, Kalemba. She hopes to someday have her books on your personal bookshelf and retire to a cabin in the woods.

My older sister is a big believer in love and romance. I on the other hand am a bit sceptical. I wanted to write a story about falling in love even when you don't trust your emotions. I suppose in that way, the heroine is a reflection of my doubt and my hopes.