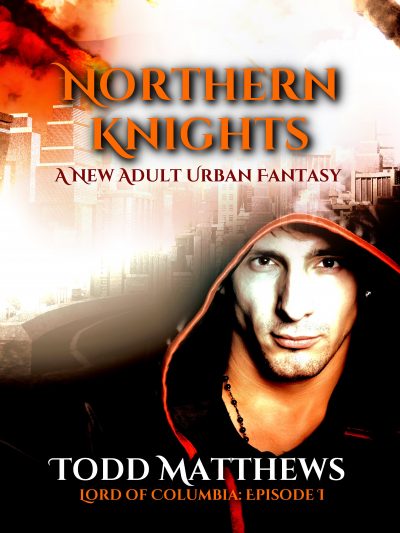 One Hero’s Fight for Freedom

Cain Riscattare never thought he’d lead the South Columbian colonies in their battle against an imperial police state known as the Southpoint Empire.

A college athlete gifted in sports and controlling the classical elements, Cain’s only concerned with becoming a pro athlete and living a life of luxury. But when a military draft threatens Cain’s freedom and athletic career, he’s cornered into either fighting for Southpoint or fighting against them.

When Southpoint soldiers and law enforcement raid South Columbia to round up any potential draft dodger, Cain and his college teammates spark a rebellion using their element-control abilities.

Now fugitives, Cain and his friends flee South Columbia to the unoccupied region of North Columbia, where they undertake their senior year at Summit University.

Upon discovering several rival students are working undercover as Southpoint spies in North Columbia, it’s a matter of time before Southpoint advances northward.

As open warfare erupts in South Columbia, Cain and his friends balance athletics while working with top North Columbian leaders to defend the land from Southpoint invasion.

Will they succeed in keeping Southpoint from overrunning the North?

Northern Knights is the first book in the new adult, urban fantasy series Lord of Columbia. If you like modern-fantasy, open warfare, liberty versus tyranny, and a diverse cast of compelling characters, you’ll love Cain’s incredible journey from athlete to rebel as he battles for his peoples’ fate…

Buy Lord of Columbia today to join Cain in his fight for freedom.

Todd Matthews is a–okay, talking in the third-person is weird, so hi, I'm Todd! I'm a professional Thought Criminal who hides behind a screen and pens random thoughts regarding liberty. When I jumbled my thoughts together, I created Northern Knights, Episode I in the Lord of Columbia Series. Well, that's about all there really is to know, so let's embrace liberty!

On July 4th, 2015 I watched Sons of Liberty and thought to myself how I could make a story out of it in modern times yet in a fantasy atmosphere. Hence, Northern Knights was born. I drew influences from my favorite books, TV shows, and movies, crisscrossed them and came up with a story about an arrogant college athlete gifted in element control who reignites a colonial uprising.

Cain Riscattare would’ve laughed in a man’s face had they told him his life was about to derail. He hoisted himself off his bed, twirled a stray curl in his hair, and heaved his luggage to the living room, where Aunt Ira prepared dinner in the kitchen.

“Got everything?” she said.

Aunt Ira shook her head. “You and your looks. Jed and Asha won’t like the fact you’re leaving for the week. Asha won’t know what to do. She’s grown on you ever since she broke up with that horrible boy.”

“Lira’s mother invited them over, they should’ve come.”

Aunt Ira strode into the living room. “She has such a nice family, given their situation, like many living in South Columbian cities.”

Cain opened his phone and scrolled to the weather in Atlantis Shores before tossing it aside. Going to be a freaking beauty of a week! “Yeah, she’s told me a lot.”

“Well, at least you make her feel special.”

“She’s an outstanding shotball player, and we have one huge thing in common. No father.”

Aunt Ira tore her eyes from Cain and returned to the kitchen. “Yeah, right. To this day, it makes me sick when I think about the evening Generals Jefferson and Roberts brought you here. Our family was no more. Killed in the Winters Bombings. My parents, your parents, your sister, just everyone. It pains me to this day.”