You are here: Products No One Else by Allie Winters 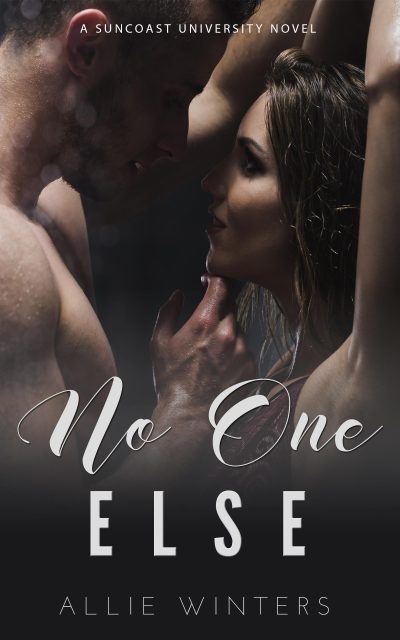 No One Else by Allie Winters

-Evan-
I messed up.
I admitted to the girl of my dreams I’m in love with her, only to have her run away. Why don’t they ever warn you things like that happen?
Now that we’re paired up for a class project, I have to figure out a way to keep things from being weird between us. I can’t lose her again.

-Natalie-
We shared a kiss the night after I broke up with my boyfriend of three years. A heart-stopping, panty-melting kiss I still dream about. But I wasn’t ready then for anything more.
Now that I am, he’s unavailable. What will it take to get us both on the same page – and stay there?

Allie lives in sunny Florida with her husband, daughter, and two cats. A librarian by day, she spends her nights writing happily ever afters. She enjoys reading, playing video games, and all things Disney.

I came up with the idea for this book as I was writing the first book in the series. Once I'd come up with this idea that a very minor side character Evan had a crush on Natalie, but she had a boyfriend, I thought okay… so what's their story? And the idea kept rolling from there until I knew I had to write their love story.