You are here: Products No-Mad by Pablo Reig Mendoza 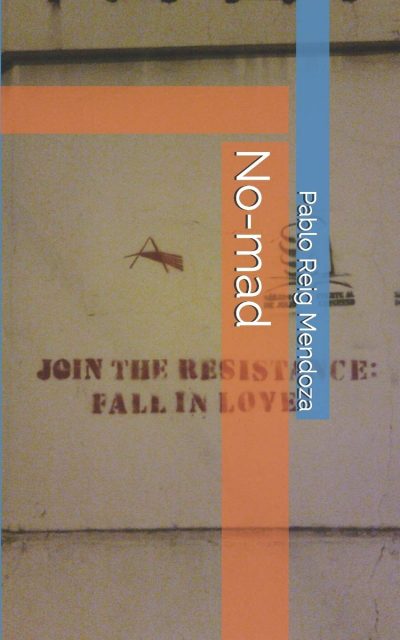 An eclectic group of friends meets in Milan for a well-known newspaper’s anniversary. Each of them comes from different countries and circumstances and will join the party in a privileged setting: the Vittorio Emanuele Gallery, which has been closed for the venue.

Narrated by Leonardo Ruiz -a Spanish psychologist and business consultant- NO-MAD is a review of some of the concerns of the fast-paced beginning of the millennium we are living in. Leonardo is a cynical optimist accustomed to multicultural environments who deals with the neuroses that affect corporations’ daily lives. By his hand, the reader is immersed in a cloud of archetypes and candid appreciations throughout a playful, sophisticated, and decadent journey.

The story is an innocent psychological toy that, through slight winks, proposes a carefree and fresh walk through the mentality of our troubled time of digital transition and integration of cultures.

Globetrotter, former Business Intelligence and strategy consultant EU-wide, a freelance journalist in Spain, entrepreneur, and experienced chef in South America. I am also another silent bearer of many yet unwritten books. Two fiction novels, three books of quotes, many articles… The road ahead is very long. Come and share the vision, the art, and the fun!

I wanted to organize a party with no budget limit. I hope that the mayor of Milan will not take it badly, and I also wanted, by mentioning them, to pay my heartfelt tribute to the victims of L'Aquila and do my bit to keep them in the collective memory. Human suffering is always a catastrophe.
I am currently a BI consultant, which I certainly enjoy. Still, BI is not dramatic enough to make a novel protagonist unless you, dear reader, are a fellow professional: data is alive. I like Leo's work somewhat better for these purposes, and it has forced me to study a few things which, since you have been so kind, I will mention briefly.
The protagonist is named Leonardo in honor of his brilliant Renaissance namesake. I think that in the times we live in, the digital revolution is changing many things. The one that strikes me the most is that all the information is available so that learning the data loses meaning in favor of learning the way to look for it: Renaissance 2.0.
Archetypes are a whole world that we humans are still far from fully understanding, but they work very well. In this book, there are many nods to archetypes, and, in all cases, they are the result of careful studies. As a first example, I will tell you that I have been thinking for many years that, thanks to a brand of consoles, we now have more than one generation trained to work with the cross, the circle, the square, and the triangle with the right thumb with the ease with which others snap their fingers. The applications for this training would fill ten books or more. That is the power of archetypes.
The king, the warrior, the magician, and the lover and their female equivalents are also archetypes. You are free to identify which character is performing which task in each moment of NO-MAD. All mythological stories, fables, and children's tales are also archetypal. I didn't get Sandra and Pietro together because it was too obvious to me. Who knows in some possible sequel how their story ends.
Regarding the Nomad Party, I believe that it would be the only party I would take my membership card in this moment of political disbelief. Because I am a mix, and because I believe in integration and in the benefits of non-tourist travel as a way of getting to know and learn from each other.
My experience in writing NO-MAD is the following: you own the first third, and you, dear reader, own the second third. Beyond that, the novel owns itself and writes the ending on its own. I recommend anyone to try the exercise, and I ask those who know how to write to tell me their opinion about it.
The characters are all fictional. Nothing is autobiographical, or almost. The only character named after his alter-ego is Jéjé. Jérôme makes movies, he's a great guy, and he inspired his namesake in NO-MAD. This animal has the lazy laugh of the ferret and the turkey and the tic of the petit père. We share quite a few anecdotes, and I wish we share many more over the years. A hug from here, loco. Thanks for dropping the camera to run the newspaper in the novel.
I would also like to apologize if anyone, because of their nationality, feels biased opinions. Opinions are biased by definition, and there are opinions for all tastes. You can always do like Bismarck, who, as soon as he received an opinion or a piece of advice, gave it to a third party so as not to accumulate garbage, according to his own words.
I thank Robert Graves for his Claudius, which always accompanies me and has given me this ugly writing vice. Also for his other works, citing as the basis of my tireless attempts to understand women, his compilation of poetry called "MAN DOES, WOMAN IS".