You are here: Products Night by Patricia Lowell 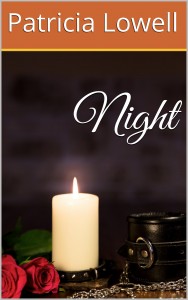 Two paths stretched before her. Which one held the dream, and which the nightmare?

A woman in her late thirties was not supposed to be grasping at reinvention. But Rachel’s life had just been broken. And when Tyrone St. Clair crashed headfirst into it, dangerous yearnings pulled her to him.

Twenty-two years old, and already a mogul. A dark god intent on conquering every part of her.

But could she survive his demons…or would she be destroyed in the process?

Be the first to review “Night by Patricia Lowell” Cancel reply