You are here: Products Next to Always by A.L. Long 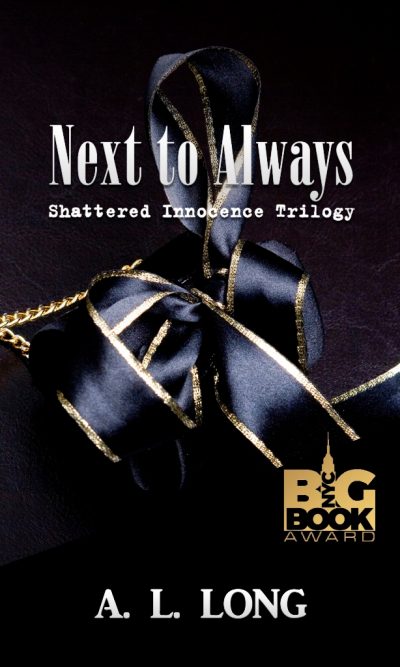 Next to Always by A.L. Long

Sexy and Sizzling HOT!!! It will leave you begging for more…

Rade and Dylan’s story continues in Book Two of The Shattered innocence Trilogy.

Rade Matheson thought he had everything he needed, Money, Power, and a woman who was willing to submit to him. That was until one night at The Castle changed everything. Losing the only woman who could bring him to his knees was never a possibility for him. Given a second chance, he’s more determined than ever to find the man responsible for taking the one thing he cared about. He ends up finding more than he bargained for. Turns out Michael Stewart wasn’t his only threat. Lust and obsession have a way of revealing themselves when hatred takes a front seat in a deadly game of revenge that Rade isn’t willing to lose. One by one Rade’s secrets begin to unfold, threatening the one chance he has to make Dylan his forever.

Dylan Adams ran away from the only man she could ever trust, but when tragedy strikes, Rade is there right beside her. Willing to give him another chance, Dylan confesses her love for him. Everything is perfect, she couldn’t ask for anything more, until her world falls apart. She knew he had secrets, but the one secret she didn’t expect, is the one secret that could tear them apart

Mostly is was the love of reading. I love romance and wanted to bring my love for it to paper.

Be the first to review “Next to Always by A.L. Long” Cancel reply