You are here: Products Nerd Girl by Rachel Pierre 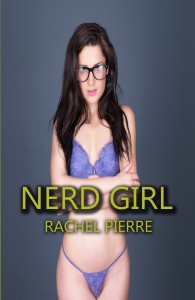 Emily has been a nerd her whole life. She was fat, short and dumpy.

After graduating from high school, however, she experienced an inexplicable growth spurt. She grew a few inches taller and lost thirty pounds.

The ugly duckling had become a swan. The “nerdy girl” had become the “hottie”.

Flash forward five years later and Emily is eager to experience all the sex that she has missed out on during her nerd years. She tries to decide between her domineering boss at work who makes her heart pound or the half-Irish, half-Samoan college football hunk that she tutors on weekend.

Emily can’t seem to decide on the two. But maybe, just maybe, she can have both….