You are here: Products My Secrets Discovered by Layla Wilcox 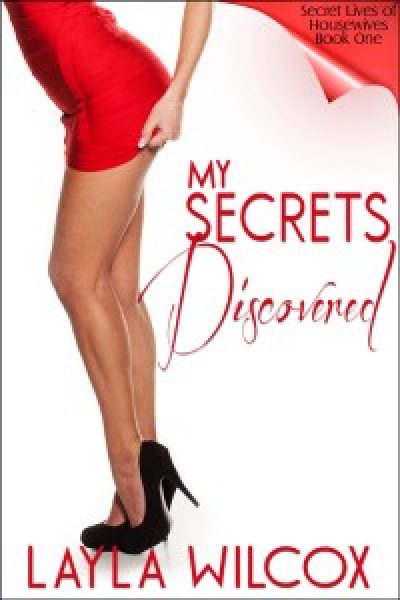 My Secrets Discovered by Layla Wilcox

So begins the transformation of an average American housewife.

Jen Hauser loves her accountant husband, Mark, but after twenty years of marriage, she finds their sex life about as exciting as one of his spreadsheets. Things start to heat up after she discovers Secrets, an adult entertainment store in a quiet suburban shopping plaza.

At Secrets, Jen is introduced to the tools of sexual pleasure as well as a mentor, Blondie, who guides her to a total makeover. Together they hatch a plan to seduce Mark. Jen risks everything to find out if her marriage is over or just on ice.

Will a new hairdo, Brazilian bikini wax, and sexy lingerie heat up a dormant love life, or will Jen face a final rejection when she surprises Mark with her new discoveries?

Content Warning: This steamy romance novelette of 13,500 words is for adults only! Contains graphic sex scenes too explicit to include in this blurb. For readers 18+ only!

*** If you loved Sex & the City and Desperate Housewives, then you’ll love My

Secrets Discovered, book 1 of the Secret Lives of Housewives series.***

*Don’t miss any of the books in the Secret Lives of Housewives series!*

Each book continues the story, but there are no cliffhangers.