You are here: Products My Own Voice by Uvi Poznansky 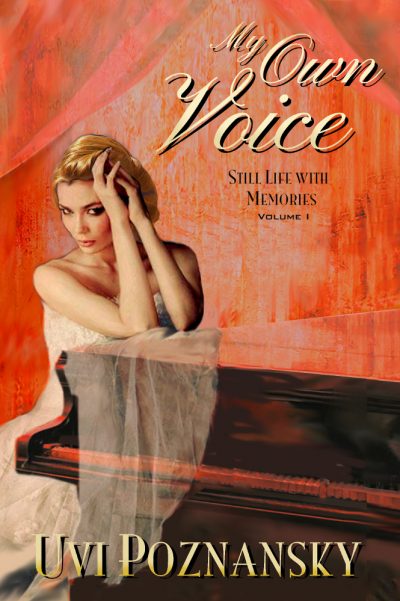 My Own Voice by Uvi Poznansky

Falling in love with Lenny should have been the end to all her troubles. For Anita, it’s only the beginning, when family secrets start unravelling. His ex-wife, Natasha, is succumbing to a mysterious disease. How can Anita  compete with her shadow? How can she find a voice of her own?

Uvi Poznansky is a bestselling, award-winning author of 26 books, a poet and an artist. “I paint with my pen,” she says, “and write with my paintbrush.” She received a Fellowship grant and a Teaching Assistantship from the Architecture department at Rensselaer Polytechnic Institute, where she earned her M.A. in Architecture. Then, taking a sharp turn in her education, she earned her M.S. degree in Computer Science from the University of Michigan.

Uvi writes across a variety of genres: Literary fiction, historical fiction, romance, romantic suspense, spy thrillers, biblical fiction, poetry, horror, and children’s books. Thanks to the readers who love the romance novels in her boxed set, A Touch of Passion, is the 2016 WINNER of The Romance Reviews Readers' Choice Awards.

Because of her rough slang combined with her street-smart character, Anita is a fascinating character, and she appears in two of the books in my series, Still Life with Memories.