You are here: Products My Little China Girl – A Blottoblogography by Gordon MacRae 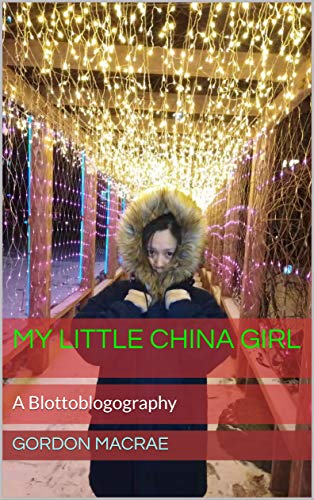 My Little China Girl – A Blottoblogography by Gordon MacRae

Thomas is a Canadian who works hard in international development (and exploitainment). His first post is in Vietnam where he is tasked with contriving convincing planning and progress reports to ensure that his federally-funded company continues to bank coin through “infrastructure development”. All the while, he falls in love with Vietnam, the people and their ways. Unrequited and unfortunately, his hard work begets hard time(s) as he is dismissed from his creative writing job, and thereby Vietnam, on charges of “immoral behavior”. A victim of love, he rambles throughout Asia, from country to country, and girl to girl, fueled by one bottle after another, trying his worst to emulate the frivolous meanderings of his far more successful author friend, Grant. Along this journey, from Thailand, to South Korea, to Indonesia, to Vietnam with double-backs, he strives to re-realize his long-lost goal of finding the one woman with whom he can finally settle down; a life-partner who will not only allow for his perverse proclivities, but also finally put them to rest. Could a final jaunt, this one to China – a land of over half a billion women – partner him with that one woman who can finally contain his affections?

I have been writing various forms of nonsense for years and including several technical, report writing and editing jobs in Canada and throughout Asia before those jobs dried up. I am now an economics and law professor in China.

As a university student I got very into the myriad of energetic books describing basically the "coming of age" and all the shenanigans that the main characters effect towards that end, usually involving episodes of love. I am amazed by the transfer of energy that these books provide. Once I realized I'll never outgrow these sorts of tales, I came to resolutely believe that they are a great service to the process of growing up. So I set out to write one myself.

We all wind up getting blatantly blitzed, Don included. He’s the most manic – alienating between poignant, funny, self-loathing observations and jovial self-declarations about his future and how we and others fit into it. I restlessly meander the most, precociously looking to include ourselves in shots and barroom banter; and Jojo is the super-condensed drunk, hitting all major stages of drunken attitude and behavior in an hour or 2 and 3 more drinks. It’s really quite a burden to take on entirely new responsibilities that aren’t my own, especially on a guy (me) who habitually tries to absolve responsibility through inebriation. Don doesn’t seem to mind her act, though. At least, by her last stage of wreck she is fairly subdued, reaching a burnout flatline on all levels, and is no longer a sleep and vomit threat (the previous stage), nor a floppy rambunctious flailing-limb and loose-lipped attention seeker (one of her initial stages of hammerdom which was the most obnoxious and ingratiating). I don’t really hold her accountable for any of this bother, at least now after the fact, as she is clearly out of her element. Her lust stage (the halftime show), which was great entertainment for Don but a tired play for me, is also on the continual wane so I take the opportunity to make away and shoulder her home like 2 drunk buds in a 3 legged race, or like a boy walking his grandmother across the street, or like a virgin Korean boy proprieterizing his first gf ever around a high school campus as a hugely failed show of manhood, ownership and dating experience. Don joins our depart. We all take the elevator together up to our rooms. I consider dropping off Jojo at her room but that seems solely a display of gentlemanliness merely serving to convey such a bogus attitude, and a character trait I’m entirely devoid of possessing by virtue of being both (and maybe in contradiction) a serial objectifier of women and a champion of their freedom to do as they please. She has repeatedly hinted at our togetherness overnight, anyway. Don nods me goodnight as he exits the elevator and we head up a few more floors to an identical floor with an identical room, but which has been assigned to me. Jojo tells me once again that she wants to sleep with me and seals it with a goofy slobber on my neck. For a change there’s really no mixed messages here, but mixed-up messages are what women are all about, too, and I know she’s driven by the aphrodisiacal effects of booze unfamiliar to her and just needs plain sleep, and not sex, as much I need just one or two more wind-down and celebratory room drinks (and definitely don’t) before I settle into my own less successful drunk crash. Besides, staving off the union is just as well because I’ve got a snickering inkling that, similar to her drinking pedigree, this girl does not have the sexual experience that she coys to have, either. Therefore, I feel it’ll be better if we abstain tonight and are allowed to gauge our morning discomfitures free of post-coital tension, which tends to pervade and pervert no matter how good the connection between two strangers felt and how strong it endures the day after. My lord, the day has finally come when Tommy’s going to take it slow…. ish.