You are here: Products My Husband’s Secret by Jenna van Berke 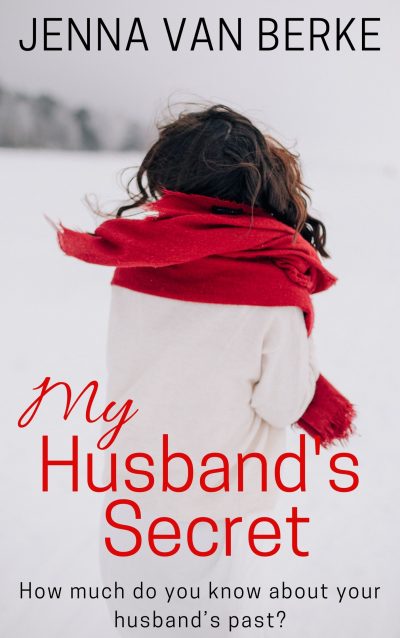 How much do you know about your husband’s past?

Journey Taylor is only twenty-seven when her beloved husband dies of cancer. But before he dies he has a confession to make: During his time in the army, when he was stationed in Germany, he did something he’s has never told her about – and never will. Instead, he asks her to travel to Heidelberg and meet his old acquaintance Richard to lift the long kept secret.
Trying to cope with grief and loss, anxiety about the mysterious secret and her new life as a single mom, Journey has her hands full. A year later, she finally set’s out to fulfill her late husband’s last wish, and meets Richard, a handsome and wealthy businessman. But nothing could have prepared her for what she uncovers, nor for the feelings Richards arouses in her…

***This is a sensual Single Parent Novella with no cheating, no cliffhangers, and a guaranteed HEA.***

Jenna van Berke loves Scandinavian mysteries, Nora Roberts, Margaret Atwood and everything in between.
Working in the hotel industry, Jenna has encountered innumerable honeymooners, cheating husbands and infatuated co-workers, providing her with ample inspiration for her contemporary romance and romantic suspense novels.
She moved to Finland several years ago with her family.

1
“Taylor?”
“Mrs. Taylor, this is Dr. Schwarz. Please come as soon as possible. I’m afraid it’s serious.”
“I’ll be there in twenty minutes,” she heard herself say. Like on autopilot her hand put the receiver down. This was the call she had been dreading for months. She felt dizzy.
“Journey,” Elena was looking at her over the rim of her reading glasses, “what is it?”
“James. I need to go to the hospital.”
“I’ll drive,” Elena took hold of her arm. Grabbing their purses with her free hand, she led her out of their office, calling something to Melinda, the secretary, on their way out.
Twenty minutes later Journey found herself walking down the familiar corridor towards room 604. Just then the door opened and Dr. Schwarz and a nurse emerged.
“Mrs. Taylor,” Dr. Schwarz led her towards a bench close by and sat down with her. The doctor was in her forties, tall with a sportive built. Her olive complexion contrasted stylishly with her white framed glasses. Looking at her with kind, almond-shaped eyes she said, “It’s official now, James has not responded to the therapy. We’ve talked about his situation and I’ll be frank with you: I’m not sure he’ll survive the night. There is nothing more we can do. I’m sorry.” She squeezed Journey’s hand, which made her realize, that she was holding hers in an iron grip.
She let go.
“Mrs. Taylor senior is here as well, I think she just went to get a coffee.”
“Thank you. Can I see him now?”
“Yes. He’s asked for you. His trouble with speaking is rather severe today, but he wanted to tell you something urgently. From what I understood he wants you to meet a Richard in Germany.”
“In Germany?” Confused, she got up and wandered towards the door. She felt strangely disconnected, as if she was watching herself in a dream. She saw her hand reaching towards the door handle and hesitated. She wanted to go in, but at the same time she was afraid of what she would find.
“I’ll better head back to work,” Elena interrupted her train of thought.
She had completely forgotten about her colleague. “Yes, of course… Thanks for the ride.”
“Call me, if you need something.” Elena gave her a brief hug and turned to go.
Journey took a deep breath and opened the door.
2
James was laying motionless, eyes closed, face pale. The cap he had been wearing for the last couple of months covered his ears down to his earlobes. His emaciated face resembled but a shadow of his former handsome features.
“James,” she took his hand.
His eyes fluttered open and she thought she could see a weak trace of smile for a moment. “Journey.” She guessed more than heard her name from the ragged breathy sound. He tried to say more, but she didn’t understand a thing.
“James, don’t!” she placed her hand on his sunken chest. “Talking tires you. Just rest!” But his eyes were so imploring that she gave in. “Dr. Schwarz told me you want me to meet some guy called Richard in Germany?”
He nodded, his eyes pleading.
“Who is he? You’ve never told me about any Richard, have you?”
He shook his head, eyes apologetic.
“Okay… So, how do I find him?”
He opened his mouth to speak.
She bent her ear close to his chapped lips. The wheezing sound that emerged from his mouth instead of the sonorous voice he used to have, broke her heart all over again and the tears she had tried to ban from her eyes, could no longer be contained. She ignored them and concentrated on listening. “Just wait?”
He nodded.
“You mean, I will find him if I just wait?”
More nodding.
“Okay,” she said slowly. This was getting more and more confusing. “But why do you want me to meet him?”
He motioned for her again.
“Sacred?”
He shook his head and repeated.
“Secret?”
He nodded and looked at her, his sad brown eyes full of regret.
“You mean – you mean you have some sort of a secret?”
He nodded once more, slowly this time. His mouth formed another word. No sound came out, but this time she didn’t need any. ‘Sorry’.
And with that it hit her: This was a confession. A confession of a dying man.