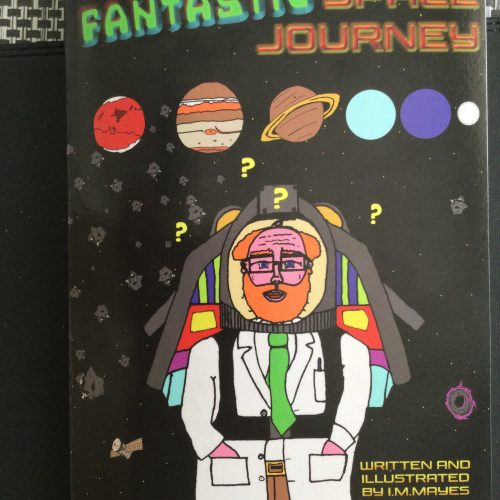 Mr Thinkalot is a professor of science. He has lots of ideas and cannot stop thinking. He works tirelessly and has developed something very special.

The problem is that nobody believes in him; they believe that he will never amount to much or do anything worthwhile.

But, Mr Thinkalot is about to prove everyone wrong as he rockets off deep into our solar system and beyond where no one from Earth has ever dared venture. What questions will he ask? What mysteries will unfold? What Earth shattering news will he discover?

He returns to Earth a changed man, with a very important message for humanity.

This time they will listen.

Follow Mr Thinkalot on his fantastic space journey and see where it takes him.

With bright and quirky illustrations, this book is a fantastic way to learn about how we can help change the future of our planet.

My names Ian and I want my readers to feel they can achieve anything. I love anything creative writing, drawing, painting.

Climate change, nutrition I wanted to make it fun, not boring or feeling like your in a lesson, so with a space adventure I hope you agree.