You are here: Products Milked By Her Boss by Tate McDermott 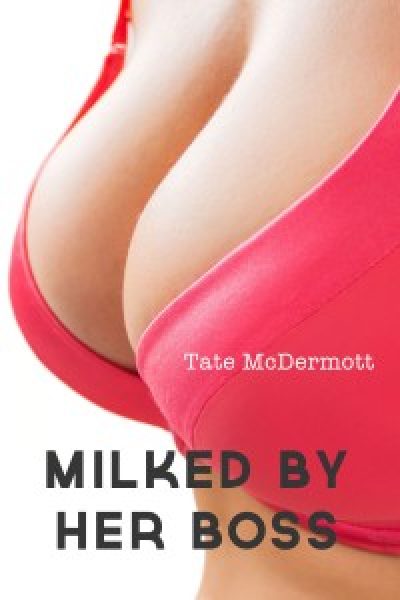 Milked By Her Boss by Tate McDermott

Pepper has finally returned to work after secretly giving birth to her sexy stepbrother’s baby. Life would be perfect except that her boss, Adam Casselberry, has been giving her a really hard time. Nothing she does seems to please him, and she would do anything to keep her job. It doesn’t help that her breasts can’t seem to stop needing to be milked, even at the worst of times—like when her boss is talking with her.

Eager to get release for her aching breasts and to find out if Adam wants some cream to go with his cup of joe, Pepper propositions her boss. He has no option but to suck her dry and take her hard, and without protection, in a forbidden romp of office sex that would get them both fired if anyone found out.

Pepper returned to the office late that afternoon enjoying the unusual feel of fresh air against her pussy. Her stepbrother, William, had insisted on keeping her panties.
“You don’t need them anymore,” he insisted when he came up for air, wiping his chin. “In fact, I’m going to get rid of all them.”
She might have argued with him but it was hard to think straight when a guy with a nine-inch dick is milking you.
Besides, their lunchtime quickies were the only reason she had finally agreed to go back to work. Her breasts ached so much by noon that she needed him to suck her off. Pumps just weren’t equipped to relieve the pressure she felt.
Now she was glad that she hadn’t offered any arguments.
How had she gone all these years without noticing how the vibrations from a car engine came up through the seat? When the next light turned yellow she slowed down instead of driving through it so she could lift her skirt up over her hips.
Her bare ass caressed the plush leather seats making her glad she’d let that car salesman convince her to upgrade.
She leaned a bit forward, pressing her pussy more deeply into the seat. Her juices spread over the tan leather seat. The enclosed cabin allowed her to smell both herself as well as William’s cum. She flicked her clit, wishing that the light would stay red just a little bit longer.
While she waited, she fantasized about a truck driver pulling into the next lane, looking into her car only to catch her finger fucking herself. He’d have the perfect vantage point to ogle her breasts too. Bet he’d be tempted to follow her into the parking lot and help her get off.
She had just let out a little moan when the driver behind her honked his horn. The light had turned green and she hadn’t noticed.