You are here: Products Man, Made to Order by Victoria Kinkade 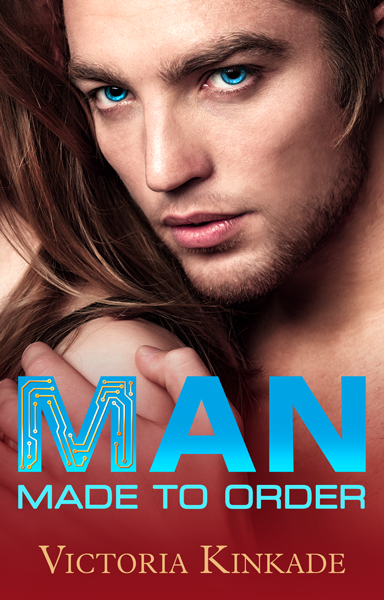 Man, Made to Order by Victoria Kinkade

Leah is a successful executive who’s devoted everything to her career, only to find that success feels empty without someone to share it. When she gets a message advertising a sophisticated artificial human companion designed for intimate situations, she’s intrigued. Not that she thinks it’s a long-term solution, but loneliness drives her curiosity. After all, satisfaction is guaranteed.
When he arrives he’s so much more than she anticipated. She could never have never imagined that an artificial man would be the one to show her what is important in life.
He’s perfect.
Unfortunately, the world won’t tolerate perfection.

Victoria Kinkade is a writer, an artist, a semi-hopeless romantic, and a cocktail connoisseur. (Which is how she spells consumer.)

For many years Victoria helped publishing startups, independent artists, and entrepreneurs bring their visions to life. But she yearned to be a writer, someday. It's finally someday.

She lives in New York City with her pets, Kinky Boy and Sleepy Cat. No, Kinky Boy is not a dog, but he is an animal. Rowr. Victoria enjoys ballroom dancing, British tea, the feel of leather on her skin, and administering various forms of torture to Kinky Boy at the slightest provocation. Ignore his playful cries for help.

I love science fiction and many of my own fictional heartthrobs have been androids. The first time I saw Steven Spielberg’s film, A.I. I couldn’t stop thinking about Jude Law’s character, Gigolo Joe. Especially the unusual sex scene. “Once you’ve had a lover robot, you’ll never want a real man again,” he says. He made me believe it!

An artificial man who exists just to please you. Is that sick? Whatever. Don’t think about it that hard. It’d be awesome!

Be the first to review “Man, Made to Order by Victoria Kinkade” Cancel reply