You are here: Products Malsum Pass by Kimberly Forrest 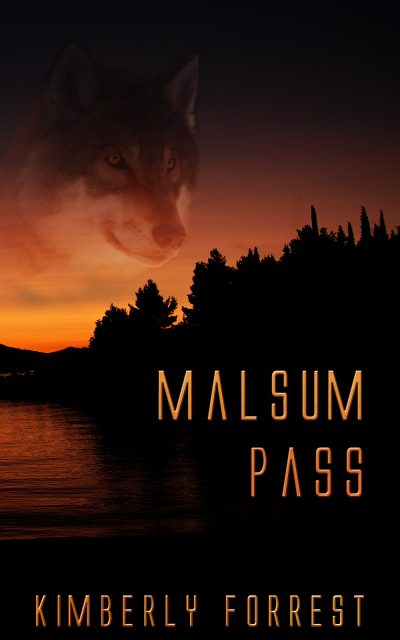 After locating some letters her mother had kept hidden from her all her life, Tara Mason journeys to the small town of Malsum Pass, Vermont to find the family she never knew she had and to discover just why her mother had kept this place such a secret.
The town seems idyllic despite the townspeople’s odd habit of staring and… sniffing? And her new neighbor Riley Cooper looks like he could have been conjured from one of Tara’s fantasies, but there is definitely more going on here than meets the eye. Tara is determined to uncover all of the secrets, even if it reveals things she never knew about herself.

I’m an independently published paranormal romance author and a stay at home mom. While I’m currently living in Virginia, I was born and raised in Vermont where my Malsum Pass Series is set. I’ve been an avid reader and fan of romance since I picked up my first romance novel at the age of thirteen. How can anyone resist a happily ever after? Not long after that, I began writing stories just for fun. Now I’m living my dream and sharing my stories with the world.

The story of Malsum Pass came to me after reading another paranormal romance where the heroine was a descendant of a vampire. While the book was excellent, I kept waiting for her to display some vampire tendencies. When she didn’t, I started to brainstorm… what if something was keeping those traits from showing? The ideas kept building, and building, the story unfolding in my mind until Malsum Pass was born.

“You lost?”
Tara whirled around at hearing that deep voice and lurched awkwardly to the right as her foot slipped out from under her. Well, that was graceful, she thought, at least I didn’t fall on my ass! She had a rueful grin on her face as she looked up at – holy beautiful fantasy man! Her mouth literally fell open and she had to snap it shut. Oh, yes, let’s make even more of a great impression on the man by drooling.
He was tall, probably six foot two or three. His dark brown hair was a bit long on top, thick locks that were tossed a bit from the wind. His dark brows just slightly arched over piercing dark eyes. His nose was straight; his lips were set in a slight frown with the bottom one slightly fuller than the top. Unlike so many of the men she had so far seen in town, including her grandfather, who were sporting full beards, this man had only a scruff of probably two days growth on his strong, angled jaw.
Her eyes worked downward. He had broad shoulders; nicely tanned, well-muscled arms were shown off in a light gray T-shirt, a narrow waist, slim hips and long jean clad legs down to dark work boots.
“Ma’am?” He said, arching a brow.
Right, right, he asked you something. What was it? Think, Tara! “Um, hi.” Oh, that’s just terrific. Now Mr. Gorgeous thinks you’re a complete idiot.
“Are you lost?” He repeated.
“No, I’m Tara.” Oh my God! I did not just say that! Please kill me now!