You are here: Products Make Me Whole by R.C. Matthews 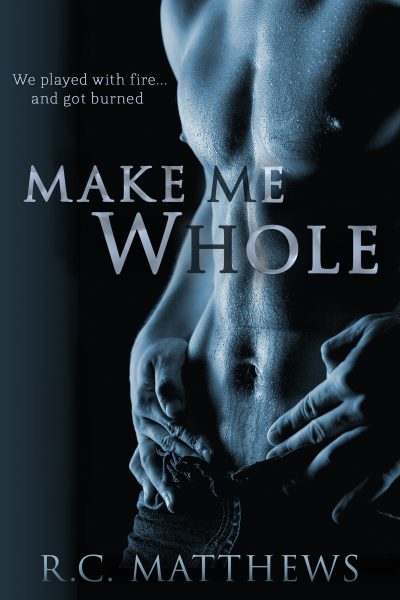 Make Me Whole by R.C. Matthews

For Jake Hanson, it was the perfect solution to a deep darkness. The accident took more than the use of his legs; it took everything that made him feel like a man. He needs their ménage. It puts him on the path to healing. With Jessie and Chad, he can conquer anything…he thinks.

FBI agent Chad Wilson, couldn’t believe he agreed to his best friend’s proposal. There were too many things beyond his control that could go wrong. But when things go right, he is forced to admit to the best months of his life. Yet on the heels of his greatest joy comes his greatest fear. He’s endangered them all, and the clock is ticking.

They’ll push the boundaries and blur the lines, coming face to face with one of life’s hardest truths: Sometimes to become whole, you have to break.

R.C. Matthews is the author of contemporary and historical romances featuring bold, sassy heroines and magnetic alpha heroes. Warning! The chemistry between her characters is off the charts hot, so read at your own risk. She resides in the Midwest and is surrounded by men: her husband and three sons. During her free time you'll find her watching The Walking Dead, reading a fabulous book or hanging out with her family.

Be the first to review “Make Me Whole by R.C. Matthews” Cancel reply