You are here: Products Maisy’s Keeper by Saffron Hayes 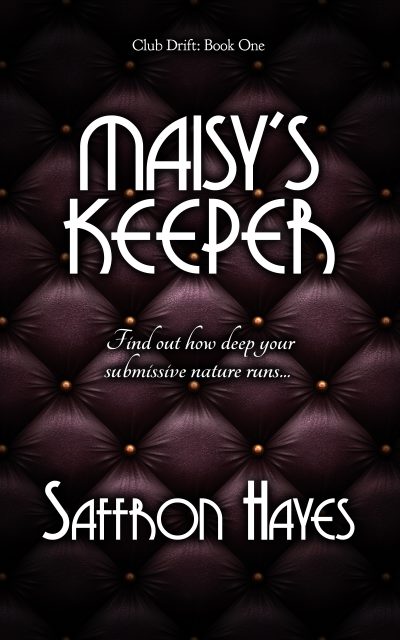 A hidden world, a dashing man to guide her through it, and a whole new identity to explore…

An impulsive moment of curiosity propels event planner Maisy Bennett into the glamorous tunnels of Club Drift, an elegant haven for people with an alternative lifestyle.

There she meets Dan, an experienced Dom who is happy to show her the ropes, but determined not to form attachments.

When Maisy’s present and Dan’s past conspire to keep her adrift, can Maisy find a place in this strange new world?

Saffron Hayes is the British author of ‘Romance and Ropes’ novels set in Club Drift. She lives near London with two dogs and many, many books.