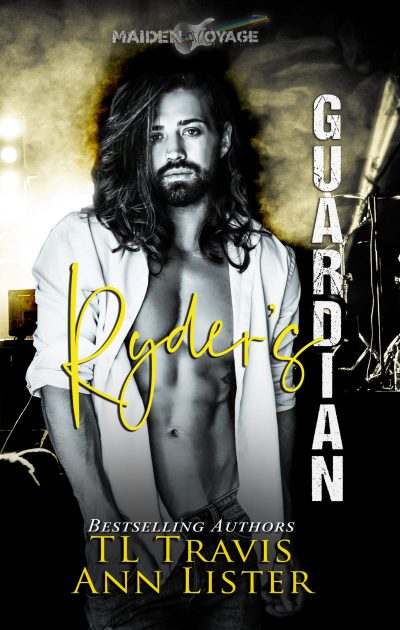 For Maiden Voyage guitarist, Ryder Hampton, life is great. He and his bandmates are embarking upon an epic European double headlining tour with their friends from Social Sinners with the band Embrace the Fear opening for them.

Since joining Maiden Voyage in his twenties, Ryder’s life has been a whirlwind of the cliched, “Sex, drugs and monumental doses of Rock ‘n Roll. And he’s loved every minute of it from the sold out shows to the revolving door of bed partners.

Max Hightower has always been a team player. Whether it was working with his team in the Marines or now with the private security company, Ventura Security. These days, his job was to have the backs of a band of musicians. One band member in particular he’d allowed to get too close and now emotions were involved.

Ryder Hampton had left his mark on Max’s closed-off heart and now Max’s job was in jeopardy. Falling for your principal wasn’t safe – nor smart. Neither was missing the mark on protecting him and now Max was guilty of both. The security detail he’d begged his boss for had turned out to be the one that could ruin him and shatter his heart too. Max couldn’t allow either option to happen.

To learn more about their literary works, please visit their websites.