You are here: Products Mad for You (Mad, Bad, & Dangerous to Love #1) by Anna Antonia 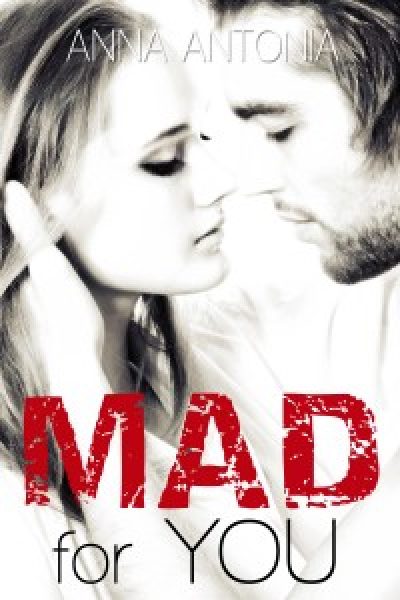 Emma Adams had always considered herself level-headed, even-tempered, and most of all, sane. So how did she become someone who couldn’t seem to push Gabriel Gordon away? No matter how sweet his words could be or how easily passion exploded between them, getting involved with the outrageously wealthy playboy had to be the height of insanity. Given their tumultuous natures and personal demons, there was only way a relationship between them could survive: in madness.

Anna is a lover of all things dark and passionate. Living in the Southeastern United States, she enjoys antiquing, DIY thrift store finds, sedate hiking along trails, and spending time with her family and menagerie of pets. Being the only girl in a household full of men makes it hard to always be a lady, but she gives it a good old college try.

I might get stones thrown at me for this, but from the first time I watched “Pretty in Pink” at age 13 I always thought the movie would be so much more interesting if Andie and Steff were the couple. So I took that as my cue and ran with it. *dodges stones*

I was left tongue-tied, much like I was in school when Gabriel would say something outrageous. “Why did you have your assistant leave?” I managed to ask in a terse whisper.
“Because I wanted to talk to you in private,” he mimicked.
Now he wanted to talk to me in private? “About?”
“About you.” Gabriel studied my mouth, fixating on it like he had the night of our first kiss.
“Only about you.”
I blinked quickly, feeling overwhelmed by his presence and my delicious memories. “Gabriel?”
“Yes, Emma?”
God, how I always loved the way he said my name! Warmth drizzled over me. “Where are you going with this?”
“As far as I can go. And then further than that.”
I have to admit my heart skipped more than a few beats. Still, I had to ask. “Why? You didn’t even know I was here until a few minutes ago.”
“Yes, a terrible shame that. You should’ve come up to see me on your first day instead of hiding.”
I wanted to squawk that I hadn’t been hiding but we’d both know it for a lie.
“I would never have done that, Gabriel.”
“I know.” He reached out and played with ends of my hair.
“Do you do this with every girl from your past you come across?”
“No.”
“Then why me?”
“I’ve spent enough time living with regret over you, Emma. I don’t fancy spending any more time with it.” Bringing a heavy lock up to his nose, Gabriel inhaled deeply. “Your hair smells wonderful.”
I didn’t know what to say. Ten minutes ago all I could think of was the data import scheduled for three. Now Gabriel stood before me and neatly decimated my understanding of the world and apparently also liked my shampoo.
“Gabriel…I…what the hell!”
“Well, that’s a promising start,” he teased. Gabriel flicked his chin with my hair before releasing it. “Now onto the negotiations.”
“You’re serious?”
“Absolutely.” He leaned against the wall across from me and put his hands in his pockets. His casual position was at complete odds with the steel running through his words. “I’m going to see you everyday. You can either work for me to facilitate that or you can eat at least once a day with me. Your choice.”
“Everyday?” I had no intention of leaving my job to satisfy his whims, nor did I eat lunch out everyday, so why was I even indulging him?
Because you like it. Because you want him to chase you again. Because you’ve always missed him since saying goodbye.
“Unless I have an appointment. In that case, you’ll join me for dinner.”
“And if I have plans?”
“Work or personal?”
“Either.”
“Work is unavoidable until you’re under my employ. Personal will have to be cancelled unless there is a very good reason not to. Any other questions?”
His bossiness ruffled my feathers, probably as intended. “That’s pretty damned arrogant of you, Gabriel.”
“We already established that personal trait, Emma.”
“Yes, but you still take it as a compliment when it’s not.”
He preened, polishing his nails on his lapel. “So what’s your answer?”
I sighed. “Okay, one lunch and maybe one dinner.”
Gabriel shook his head. “Unacceptable. I want all your lunches and dinners.”
My hands found their way to my hips. Damnable pride reared up to cause me more problems. “My significant other would have a problem with that, Gabriel.” I didn’t know why I said it, especially considering I’d never really had a significant other, but now it was too late to backtrack.
Damnit, damnit, damnit!
“I’m sure he would…if he existed.”
“Excuse me?” Heat crept up my neck. Was I just that bad of a liar or did Gabriel think it was impossible for me to find a boyfriend? Either option didn’t feel all that great.
“You heard me. You. Don’t. Have. One.” He smirked. Smirked! “I checked your ringer finger, Emma. Beautifully bare. As far as anything less serious than a husband, if you did happen to have a special guy, it would’ve been one of the first things you said to me. And if by chance you actually do have one, I doubt you’ll keep him for long now that you’ve reconnected with me.”
The nerve of this man! I bristled because it was true. Most of it. A lot of it. Enough of it. Defeated, I tipped my chin up and attempted to cobble together a veneer of dignity.
“Fine, there is no significant other.”
“Yes, I know.”
“Could you please not rub it in, Gabriel?”
“I wouldn’t dream of it. Now, an answer please.”
I re-crossed my arms. “For how long?”
Gabriel inhaled deeply, looking over my head as if he were seriously considering the question. The tiny grin playing about the corners of his mouth let me know he already had an answer long before I asked the question.
“How about for a month?”
“A month.”
“Too short? Very well—two months.”
“I didn’t say it was—”
“Too late. Two months of lunch and/or dinner.” When I remained silent, Gabriel cajoled, “Come on, Emma. Say yes. You know you want to.”

Be the first to review “Mad for You (Mad, Bad, & Dangerous to Love #1) by Anna Antonia” Cancel reply